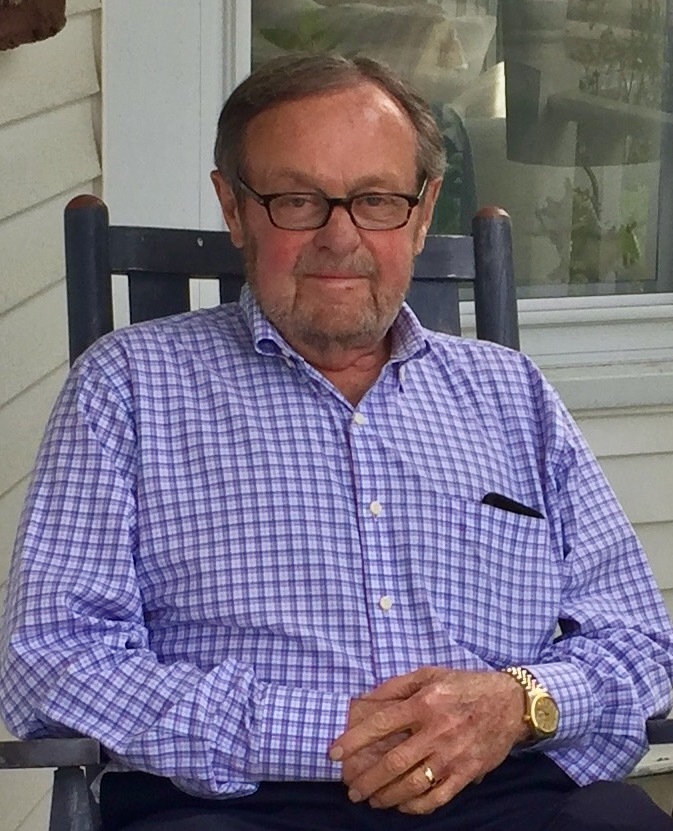 Charles Albert Duncan Jr., 80, of Charlotte, passed away peacefully surrounded by his family on Thursday, January 12, 2023.

Chuck was born on December 27, 1942, to Charles and Marion Duncan in Evansville, Indiana. After graduating from Parkway High School in St. Louis, MO, he attended George Washington University. After college, Chuck served in the US Marine Corps before returning to his hometown to begin his career as a haberdasher, first at Harvey Ltd and then back to D.C to join Arthur Adler Clothier as Vice President. For the next twelve years, Chuck dressed businessmen, Presidents, and Secretaries of State. No matter who you were, Chuck greeted you with the same enthusiasm and impeccable taste. In 1980 Chuck ventured out on his own, relocating his family to Charlotte, NC, where he acquired Jack Wood Ltd. and carried on the store's reputation for fine men's clothing. Chuck quite literally clothed a few generations of Charlotte men. Chuck seemed to know and was liked by everyone. If you needed to reach someone, you could do it through Chuck. Chuck was LinkedIn before there was LinkedIn. Chuck embraced his new hometown with passion from the get-go. He was instrumental in the development of Uptown Charlotte, including the Chamber, Central Charlotte Association, Discovery Place, and the Panthers expansion committee.

After Jack Wood Ltd, Chuck's civic work led to a second career in sports marketing when he joined Muhleman Marketing in 1995. He spent several years guiding the expansion of the NFL. Chuck finished his career with his dear friend and entrepreneur Brian O'Leary, helping lead two of Brian's companies.

In addition to his parents, Chuck was preceded in death by his beloved brother Robert William Duncan.

Online condolences may be made at www.HankinsandWhittington.com.

To send flowers to the family or plant a tree in memory of Charles Duncan, Jr., please visit Tribute Store
Print
Share A Memory
Send Flowers