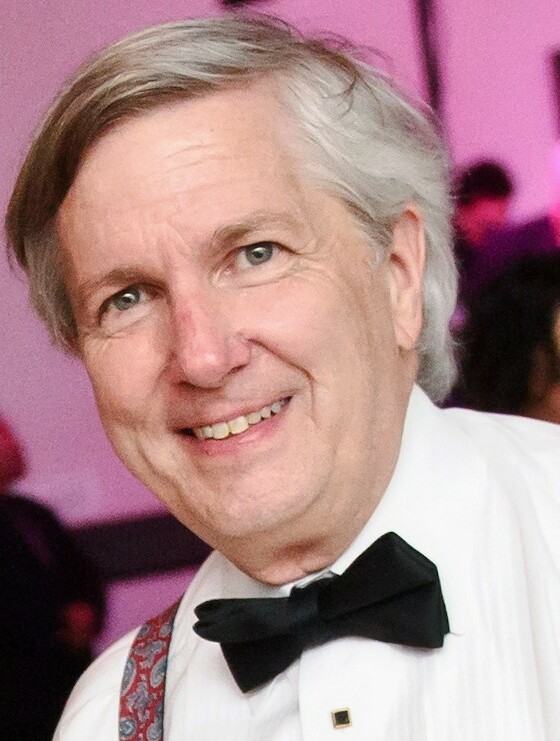 Thomas Patrick Carney, Jr. (Tom), 77, a long-time resident of Lake Forest, Ill., and more recently of Charlotte, N.C., passed away from complications of cancer on December 29, 2022.

Tom will be remembered for his intelligence, wry wit, insatiable curiosity, and extensive book collection; his passion for Irish history and the enjoyment he took in researching his own Irish ancestry; his involvement with and love for his Notre Dame Fighting Irish; his work with nonprofits that welcomed, fed, clothed, sheltered, and educated marginalized groups in his local communities; his long, passionate emails defending a progressive position and his laserpoint evisceration of those who dared to devalue what he considered basic human rights; and the stacks of magazines and papers that he kept because they contained an article he’d get to one day. Most of all, he will be remembered for his love of his family: his late wife, his two sons, his daughter-in-law, and particularly his three grandchildren—whom he saw and cherished every day in the final years of his life—as well as his large extended family.

Born July 27, 1945, in Indianapolis, Ind., Tom was the son of the late Thomas Patrick Carney Sr. and Mary Elizabeth McGuire Carney. His family moved to Lake Forest, Ill., when Tom was 19, at which point he became a Cubs-loving Chicagoan through and through. He received his BA in government and international studies from the University of Notre Dame in 1967 and then went on to complete his JD at Loyola University Chicago School of Law.

Tom’s legal education came at the height of the Vietnam War protest era, and nearly every free hour he had was spent talking to and writing letters to his representatives about ending the war, as well as organizing and attending rallies. During the 1968 Democratic National Convention, which famously turned into a riot as protestors clashed with Chicago police, Tom spent the night on the streets, providing protesters with first-year law student advice, advising arrestees on their Miranda rights, and collecting contact information so he could let the families of those arrested know what was happening. There were no cell phones back then, so Tom took all of those names and numbers back to his apartment and spent hours calling people he didn’t know to let them know why their son or daughter had not come home that night.

After one year of law school, Tom took a break to teach elementary school in a low-income district outside of Waukegan, Ill. This job provided him with a draft exemption, but it also fed his need to help others and reinforced his commitment to the social justice movement sweeping the country. It was during this time that he developed a lifelong focus on supporting and boosting educational opportunities for disadvantaged children. In subsequent years, Tom served on boards overseeing the development of educational opportunities and fundraising for low-income Catholic schools in Waukegan and Highwood, Ill.

It was during this break in his law school studies that Tom met his wife, Maryann (known to all as “Sue”) Broderick. Sue also had deep roots in the Notre Dame community, and the two were married by Notre Dame president Fr. Theodore Hesburgh at the Basilica of the Sacred Heart on the Notre Dame campus in 1971. After receiving his JD in 1972, Tom took a job with the Department of Justice civil rights division in Washington, DC, and moved with Sue to Reston, Va. The couple welcomed their two sons during their time in Virginia, Thomas (“TC”) in 1973 and William (Bill) in 1975.

Tom found great satisfaction in his civil rights work in the 1970s, but he and Sue decided to move back to the Chicago area after their children were born so their boys could grow up surrounded by grandparents, aunts, uncles, cousins, and lifelong friends. Tom was a devoted father, delighting in attending science fairs and band practices. The move to Chicago had also brought an added benefit: it allowed Tom to attend Notre Dame football games with his family, which he did religiously. Both of Tom’s sons are also Notre Dame alumnus. In addition, as a lifelong baseball fan, Tom was able to attend two World Series games with his sons at Wrigley Field as the Cubs finally won a championship in 2016.

As a family, Tom, Sue, TC, and Bill traveled around the U.S. and to many international countries, but they returned several times to Ireland. Tom felt an irresistible pull to visit his ancestral land over and over. On one trip, the family was able to track down the location of the old Carney farm—or at least a plot of barren land everyone agreed could have been the old Carney farm. A moss-covered foundation stone that he brought back from the grounds was among his most treasured possessions.

Throughout his years in Illinois, Tom continued his legal practice, working for several Chicago law firms focused on employment discrimination law. He also continued his volunteer support activities for the less fortunate. He often reminded people that “You can’t pull yourself up by your bootstraps if you don’t have boots.” After his wife passed away and his boys were grown, Tom moved from Lake Forest to the Chicago border city of Evanston. He became active in Interfaith Action of Evanston and threw himself into supporting its missions of human service and interfaith dialogue. He found his place there among other social justice warriors, and often said he should have moved to Evanston years ago.

After retiring, Tom moved to Charlotte in 2019, where he fully embraced his new role as grandpa to his three grandchildren (and two dogs), who became a joyful addition to his daily life. Tom taught all three of his grandchildren to ride their bikes. He spent countless hours reading to his grandchildren and, when the Covid-19 pandemic closed schools, Tom dusted off his teaching hat and taught his oldest grandson to read. He was also instrumental in the construction of the most efficient pinewood derby cars in the neighborhood and conducted frequent lessons on chess, space, constellations, and history.

Tom is survived by his two sons, Thomas (“TC”) Patrick III and William (“Bill”) Joseph Carney (Rochelle Moses Carney) of Charlotte, and his three grandchildren, Judah David Carney, Lila Broderick Carney, and Liam Patrick Carney. In addition to his children and grandchildren, Tom is survived by his siblings, Sheila Hopkins (Jack) of Auburn, Ala., James Carney (Mary Lou) of Roseville, Minn., and Janet O' Brien (Mark) of Chicago, Ill.; his sister-in-law, Margaret Broderick Gunn of Lake Forest, Ill.; as well as 10 nieces and nephews and their children.

In addition to his parents, Tom was preceded in death by his wife, Maryann (Sue) Broderick Carney; his brother-in-law, Neil Gunn; and his nephew, Ian Hopkins.

A portion of Tom’s ashes will be scattered in Ireland, with the rest interred at St. Mary Cemetery in Lake Forest alongside Sue. A memorial service to celebrate his life will be held at a later date in the Chicagoland area.

In lieu of flowers, donations can be made to Interfaith Action of Evanston - https://interfaithactionofevanston.org/ or to a local organization that feeds, clothes, or educates those in your own community.

Online condolences may be made via the Tribute Wall provided.

Share Your Memory of
Thomas
Upload Your Memory View All Memories
Be the first to upload a memory!
Share A Memory