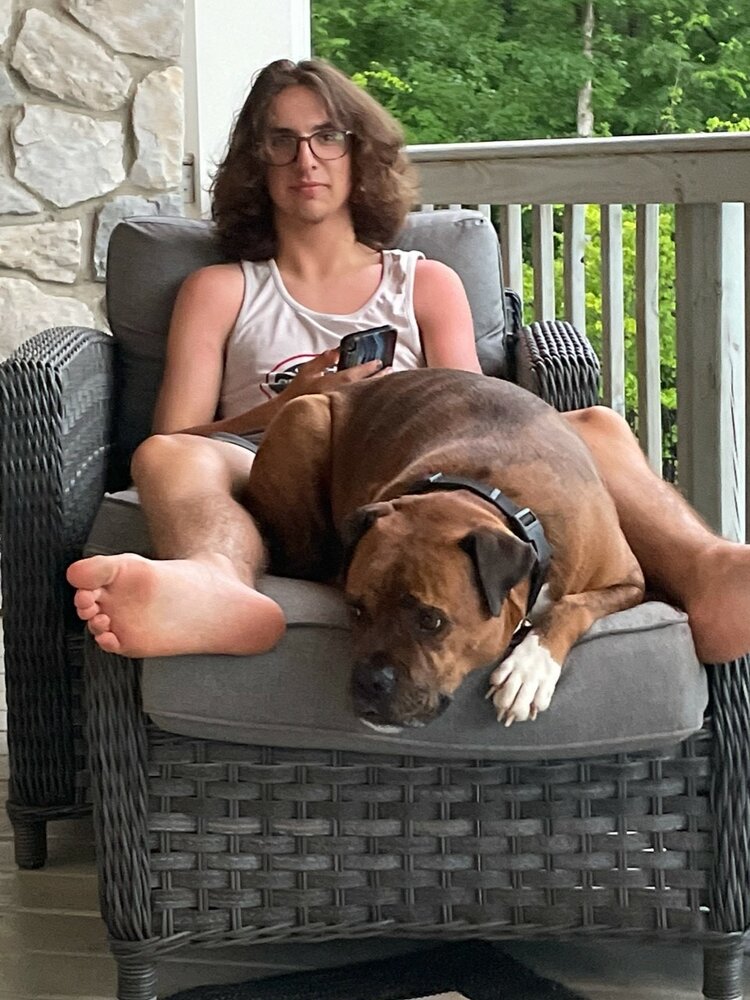 Charles Steven Francisco was born on August 14, 2003 in Frederick, Maryland. He came into this world nine days late, and has left it one thousand years too soon.

Steven loved music of all kinds. Everyone who knew him also knew that where there was Steven, there was a speaker, from the earliest of ages. Always creating a soundtrack, when he was five, he took his mini-speaker outside to play Rick James’ “Super Freak” on repeat while he shoveled snow. Steven played drums with the School of Rock in Frederick, MD for many years before moving with his family to Clover, SC in 2017. Before graduating from Clover High School in 2021, Steven played percussion in the Pride of Clover marching band and indoor drum line for four years.

Steven also loved anything with wheels. At the age of 11 he purchased his first John Deere riding lawnmower and trailer with money saved from mowing lawns. He ran his own business for the neighbors in Winding Ridge for four years. From the first lawnmower, then to dirt bikes, and later to hobby cars, working on anything with an engine and wheels brought Steven a true joy that was only slightly outmatched when he was riding and driving them. Steven’s expressive heart and talented hands joined together in these moments. When any neighborhood noise ordinance called, Steven answered by reminding everyone with ears and windows to share the joy of any journey, wherever the destination. Steven was working towards his Associate in Applied Science in Automotive Technology at York Technical College in Rock Hill, South Carolina.

Steven cherished his friends, his second moms and dads, and his family. He was predeceased by his Pop-Pop, Dr. Brian Lockard, and his beloved first dog, Georgie Girl Boxer (so named by Steven at age 4). He is survived by his parents, Laura Lockard Francisco and Jody Francisco; grandparents Lynda Lockard and Randy and Lois Francisco; aunts, uncles, many treasured cousins, and dogs Russell and Penny.

Steven was an unmatched spirit who created and followed his own beautiful rhythm in life. Our hearts are broken, but we will always feel his spirit, see his pure beauty and light, share his kindness and compassion for those in pain, hold his love of being with family and friends, and hear his voice, talking and laughing late into the night with us. A gathering of those who love Steven to celebrate his life will be held in Clover on a date to be decided.

Condolences may be made on tribute wall provided.

To send flowers to the family or plant a tree in memory of Charles Francisco, please visit Tribute Store
Print
Share A Memory
Send Flowers