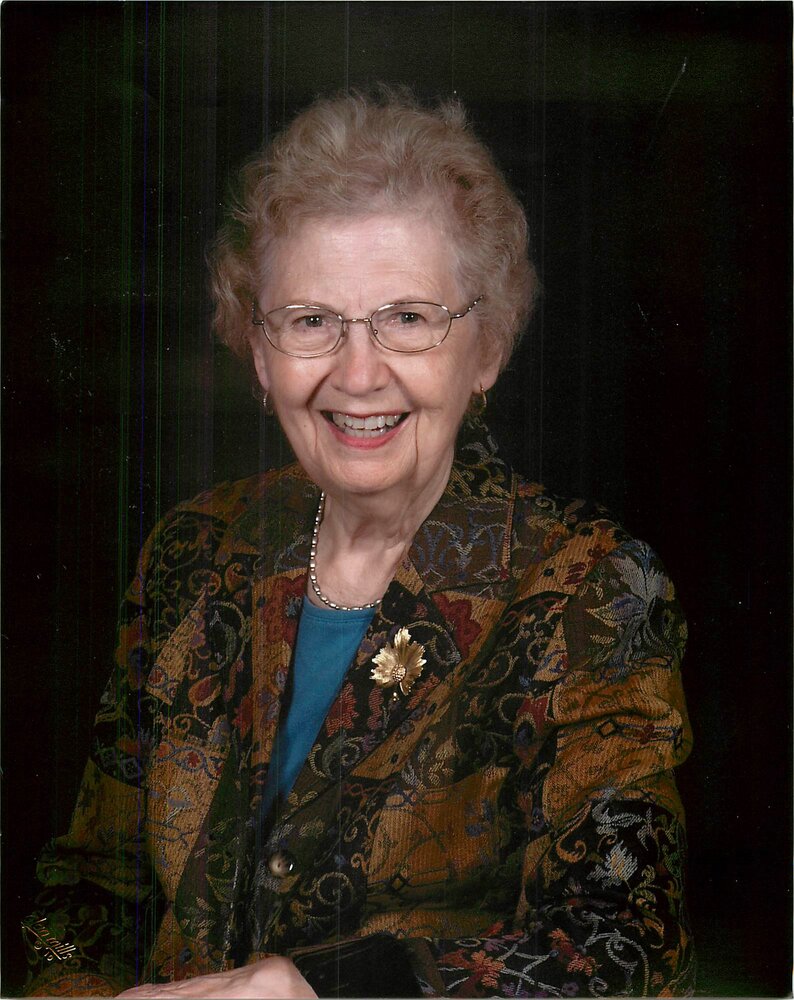 Elgerine Sitz Elliott, 97, of Charlotte died Friday, March 25, at Sharon Towers. Elgerine was born
in Gorham, Kansas on March 10, 1925 and was the daughter of the late Edward and Amelia Sitz. She
was preceded in death by her husband of 60 years, George Walker Elliott, Jr., her son George “Rusty”
Walker Elliott, III and her daughter, Amelia Elliott Hunter. She was also preceded in death by her brother,
Louis Sitz and her sisters Jean Sitz Sutley and SueNell Sitz Combs.

Her family is so saddened by her loss but so grateful for having had her in their lives. Elgerine met her
husband George at a USO dance when she was 18 years old. George always told people that he knew
he was going to marry her the moment he saw her. He said she just radiated beauty and love. Elgerine
was an amazing wife, mother, mother-in-law, grandmother, aunt and friend. She was a beautiful, loving,
kind and generous woman. She was also a fierce Christian and believed in the power of prayer. She told
her family often to pray for each other, pray for strangers and pray for our country.

She spent hours clipping newspaper and magazine articles and giving them to family and friends to offer
help for a particular illness or problem. She often made jars of vegetable soup and loaves of sourdough
bread and took them to sick or sad neighbors and church members. Each Easter friends and family
awaited her hot cross buns which she made by the dozens to pass out to others. For many years,
instead of just handing out candy at Halloween she would hand make popcorn balls to pass out to
neighborhood children. She had an uncanny way of making people feel comfortable, needed and
appreciated. Each time you visited her, the first comment was usually “have you had something to eat?”
She always thought of others before herself. She never arrived at the home of a family member or friend
without a plate of food or small gift in her hands. Even when dementia and arthritis made it difficult for her
to play the piano she still did so for her fellow residents at Sharon Towers. To say she was a giving
person is an understatement.

Elgerine was a 75 year member of Sharon Presbyterian Church. She truly loved the church, as well as its
members and clergy. During those years she wore many hats…organist, pianist, Sunday school teacher,
Girl Scout leader, elder, life time member of the Women of the Church as well as a member of both the
adult and hand bell choirs. Music was a very important part of her life. She was an accomplished pianist.

To send flowers to the family or plant a tree in memory of Elgerine Elliott, please visit Tribute Store
Tuesday
5
April