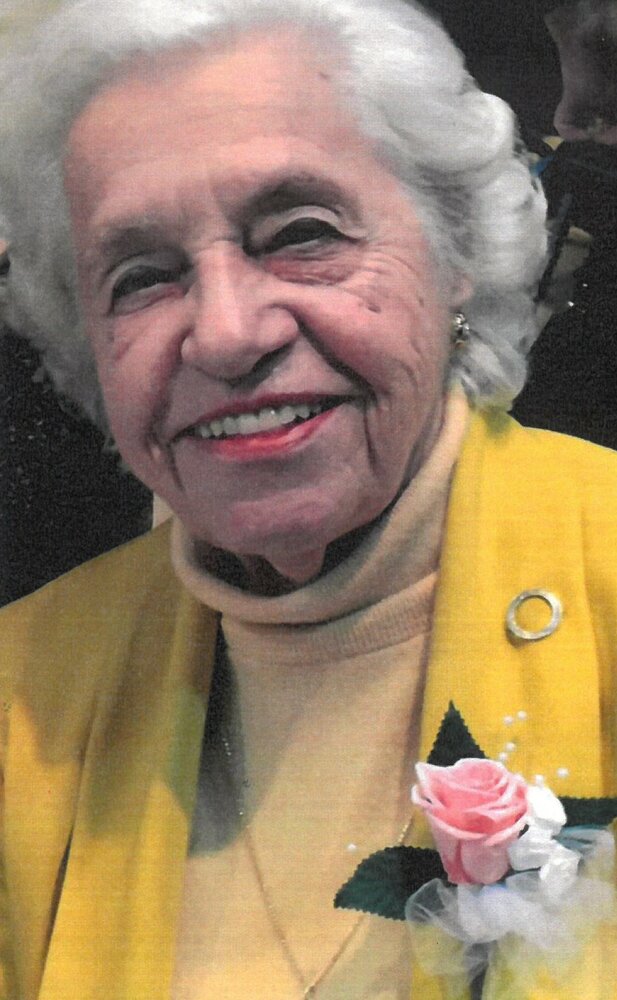 On March 8, 2022, Presvytera Janet (nee Kokenes) Mamalis, aged 95, of Richmond, Virginia, fell asleep in the Lord.  Born to Constantine and Vasiliki Kokenes on November 2, 1926, in Charlotte, NC, as the youngest of five children.

Janet married Demetrios Nicholas Mamalis on June 26, 1951. After his ordination to the priesthood, Father James and Presvytera Janet became a loving, supportive couple and devoted their entire life to serving the Greek Orthodox Church.  Presvytera Janet was a lifelong member of the Ladies Philoptochos Society, taught Sunday School, and sang in many Church choirs.

She is survived by her daughter, Emily Bartz (Father William) and her daughter-in-law, Carla Mamalis.  She is preceded in death by her husband, Father James Mamalis, and her son, Dr. Nicholas Mamalis.  She adored and loved her grandchildren, Joanna Nicolaides (Evan), Christina Mamalis, Maria Bartz, Stephanie Appelgate, George Bartz (Katherine), and great grandchildren, Emilia, John, and Magdalena Nicolaides; Abigail Appelgate; and Reagan Bartz.

Presvytera Janet’s strong faith, grace, kindness, and love endeared her to parishioners and friends alike. She will be dearly missed by many and memories of her will forever be cherished.

On Thursday, March 17, 2022, a Trisagion Service will be offered at 10 am in Holy Trinity Greek Orthodox Cathedral in Charlotte, NC, which will be followed by a visitation.  The funeral service will begin at 11 am.  Interment to follow at Evergreen Cemetery.

In lieu of flowers, donations may be made in memory of Presvytera Janet Mamalis to Holy Trinity Cathedral, 600 East Blvd, Charlotte, NC 28203.

To send flowers to the family or plant a tree in memory of Janet Mamalis, please visit Tribute Store
Thursday
17
March

Share Your Memory of
Janet
Upload Your Memory View All Memories
Be the first to upload a memory!
Share A Memory
Send Flowers