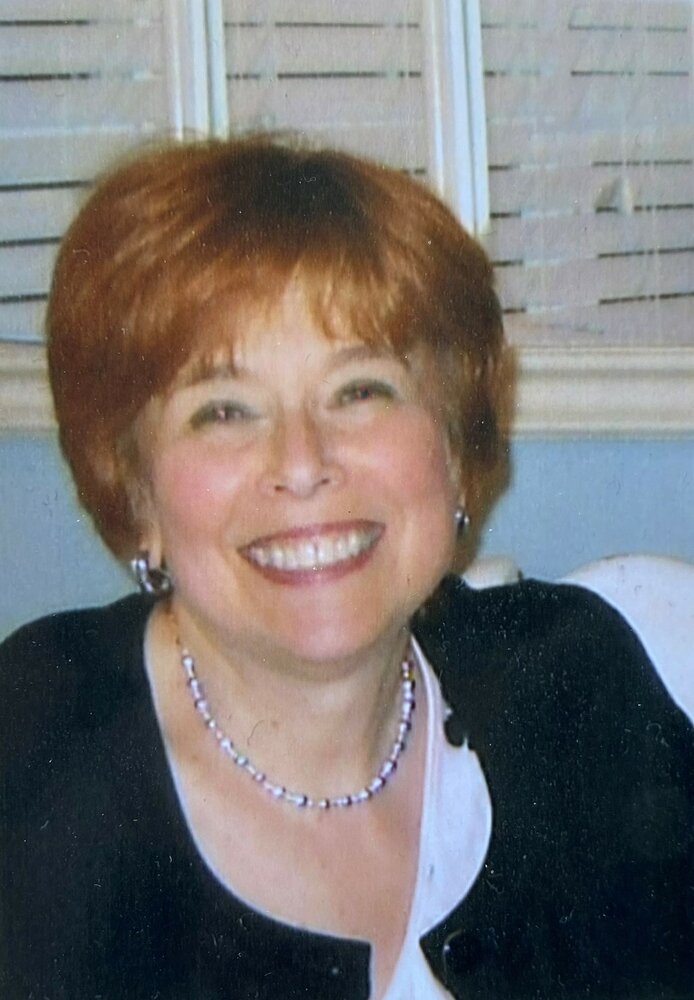 The following was taken from the Eulogy her son, Michael, will give at her service on February 16, 2022

Her mother and father Sonya and George Ullenberg, were immigrants from Konigsberg, Prussia. Today Konigsberg is known as Kaliningrad and is part of Russia. Mom had a brother named Werner who died in 1936 of diphtheria at age 4. With the fate of Jews becoming increasingly clear, Sonya and George sold their fabric store (most assuredly at an extreme loss due to Nazi pressures and policies) and emigrated to the US in 1937. They opened a store that sold similar items: cotton dresses, linens, and curtains in Flushing NY. In 1946 they had my mom when my grandmother was 41 and my grandfather was 57. Old by today's standards, this was considered ancient during their day.

I often try to imagine mom's life as an only child of immigrant parents, who escaped hitler and who didn't know English when they arrived. Mom must have been their shining star, their most cherished achievement. And there was a lot to cherish. From an early age, she was a gifted artist with a passion for design. She won several art contests for youth and teens that were either NYC wide or Queens wide, I can't remember now. By all accounts mom had a happy childhood although I know she had always longed for a big family. Maybe that's why she always made tons of friends at each stage of her life.

For College, Mom won a scholarship to the Fashion Institute of Technology. At her first job she had several dresses published in the Sears catalog - we’ve laid out the advertisements for you to view if you’re able to attend Sit Shiva. In 1965, she met my father at a Binai Brith dance and they were married 2 years later.  In 1971, when mom was 24, I was born. Karen, my sister, was born 2 years later. I often think about how young she was - practically a kid herself. There are also photos of her at this period of her life on the dining room table where you can see how beautiful she was.

My parents soon moved to East Windsor, NJ - which is where Karen and I would be raised until we went to college. East Windsor was mostly farmland at the time. It was 50 miles from NYC but a world away. On top of being a new mother, this must've been a real culture shock for a NYC girl. Mom told me that at first she couldn't sleep because it was TOO quiet. At first she said that she needed to hear the hustle and bustle of the big city, with the roar of the elevated subway to fall asleep.

Throughout my childhood, I remember mom's creativity and craftiness and I remember her supporting me when I engaged in anything art related. Mom was the original DIYer, making her own window valances, swags, and cornices. She made her own clothes as well as mine and my sisters. She became an expert wallpaperer. She even framed her own art. At around 40, she started painting again and those of you who have been to her house, have seen how good she was. Her paintings will be my sisters and my most prized possessions

At my bar mitzvah, she really outdid herself. The theme was skiing and she created a massive centerpiece for the dey-us or large table where all the kids were sitting. This was professional grade quality, to be sure. Something a lot wealthier people would've paid someone to do.  It was 4 feet long, three dimensional; a set of snowy mountain, out of which the letters M I K E emerged from the top of each mountain. There were these little skiers placed here and there that were made out of mini-clothespins. Each had skies, poles, a hat, and a scarf. A replica little skier was glued to the place card of each of our 150 guests.

Mom's working life centered around design too. As mentioned she was a clothing designer after college. She dabbled in selling art prints in the model of Avon and Tupperware. She volunteered at our synagogue for several years as the layout designer of their monthly newsletter. This was before computers made this job much simpler. She parlayed this new skill into a job as the layout designer at a text book company and then at a printing press company. She also worked as an interior designer for several years at a boutique firm. Next she managed a home decor retail store. She later worked in high-end retail selling ladies fashion. She apparently had quite a following of customers who requested her assistance by name.

My parents divorced in 1994 and this was an especially hard time for her. Though in many ways she reinvented herself. She shared that she liked making her own choices and charting her own path. She also found a group of best friends, a crew, and a gang that had each others backs; friends that she could confide in, and according to some recently revealed eyewitness accounts - Mom got up to some pretty crazy hijinks and shenanigans the likes of which Karen and I would nevvvvvver have predicted from our sweet little old mommy. To those of you who know what I’m talking about, thank you for loving her.

Mom started traveling a lot during this time and I think she was able to go to every place on her bucket list. She found love again too and Karen and I were so happy for her.

In 2008, Mom moved down to Indian Land, SC to be closer to my sister and her husband Bryan and their 3 beautiful daughters, Eve, Lilly, and CeCe ... who she absolutely adored. They called her Grandma Red even though mom dyed her hair red and these 3 girls had naturally crimson locks.

Mom took pride in decorating the various homes she lived in over her lifetime - and each was more beautifully decorated then the last. It was her final home in Indian Land, that was, IMO, her most beautiful. The colors and palettes are so warm and sunny and the furnishings perfectly suited and arranged for the space. She would get many compliments about her ability to transform a room - even helping friends with their interiors. But even more remarkable than this was the group of friends she made in Indian Land. Starting out knowing no one, and similar to her NJ friends, she became best friends with a new gang who meant the world to her. They are here today and Karen and I want to thank each and everyone of you for giving her love and support during her fight.

When the doctors told mom she had a year to live she made it to over 4 years. Never once complaining about the full time job it was of managing her cancer, the constant poking and prodding. She never complained even down the home stretch. Not to her children, friends, doctors, or social workers. I don't think I could be as strong. Karen has said the same. She was a true warrior.

To send flowers to the family or plant a tree in memory of Leslie Gumpert, please visit Tribute Store
Wednesday
16
February