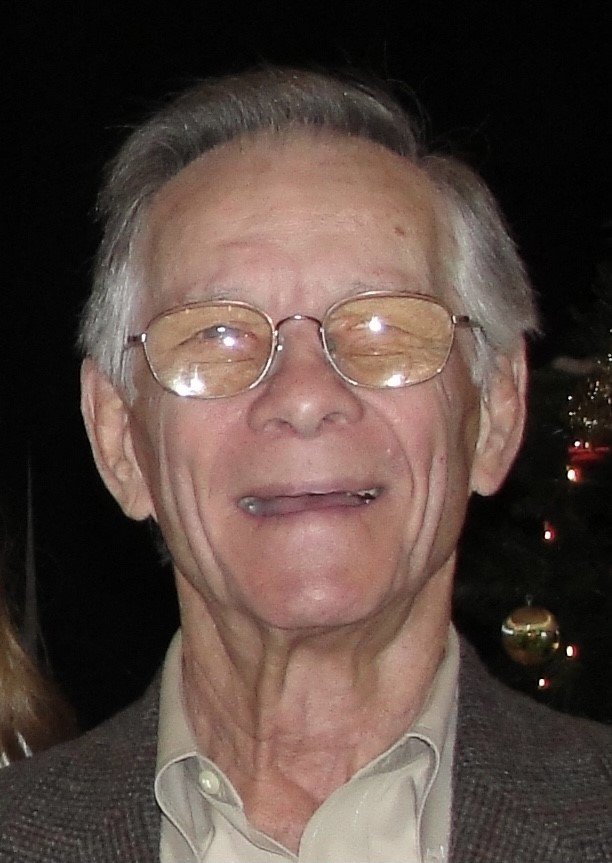 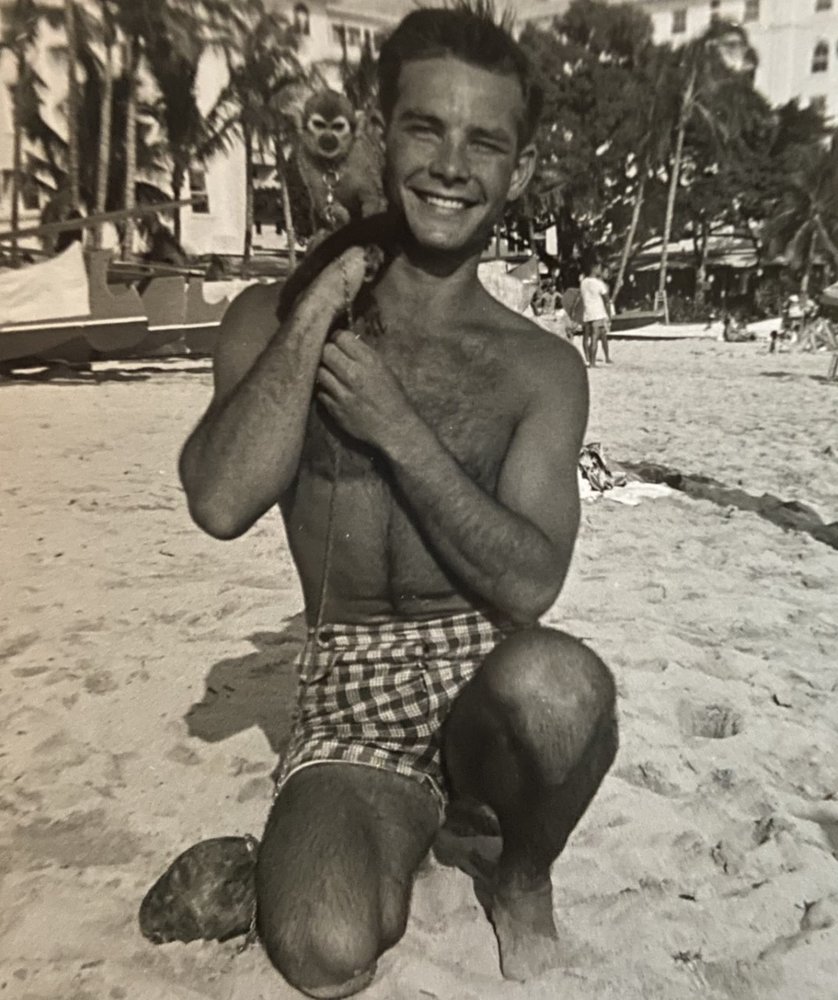 On January 11, 2021, Richard “Dick” Edwin Parris passed away peacefully at his home in Charlotte, surrounded by his favorite gender… his lovely wife, beautiful daughter, adoring granddaughters and sister-in-law.

Born July 18, 1932 to the late Emma Grace Griffith Parris and the late Alfred Ambrose Parris at Presbyterian Hospital, Dick was a lifelong Charlottean. He graduated from Central High School in 1951, whereupon he then enrolled in Erskine College, located in Due West, South Carolina. As with most young men in the early 1950s, Dick was drafted in 1954 and honorably served in the 101st Airborne Division. While in the service he was stationed in Honolulu, Hawaii, where Dick impressed the locals and his unit by honing his surfing skills and working during his down time as a lifeguard on the sands of Waikiki Beach. This experience ignited a lifelong love of the beach and the feeling of sand between his toes that he passed on to his daughter and granddaughters.

In 1956 he left the military and returned to Erskine, where he finished dual undergraduate degrees in math and chemistry. Aside from academics, he demonstrated his athletic prowess as a member of the basketball team and cheer squad, which he also passed on to his daughter and granddaughters.

Following graduation, Dick became a chemist for Fleming Laboratories in Charlotte. During this time, he was lucky enough to attend a dance for young adults at the Hawthorne Community Center. It was there that his life changed for the better when he met his future bride Betsy Haney. They married in 1960 and three years later, they were blessed with a musically gifted son Richard “Richie” Edwin Parris, Jr. Then in 1969, the happy couple received their second blessing with a precious girl, Paige.

Dick furthered his education at Emory University and joined Douglas Aircraft to work as a computer programmer. Eventually Douglas Aircraft moved its operations to California, but the family decided to stay in Charlotte. Dick worked for several other computer consulting companies before realizing that he could be his own boss. So, he opened Parris & Associates, where he worked until he retired in 1989 due to his failing eyesight (and for which he was not happy). However, retirement proved to bring about the best job of all.

In 2001 he became a grandfather to Kaitlyn Parris Cole. Three years later, his second granddaughter, Sara Elisabeth “Ella” Cole arrived. Always a man to embrace a new challenge, Dick, known as Dede to Kaitlyn and Ella, perfected his knowledge of tea parties and hikes in the backyard looking for adventure, all while balancing a cold beer in hand.

Dede loved telling jokes to elicit giggles from his granddaughters. His sense of humor and dry wit also produced much laughter from others (and an occasional eyeroll from his wife). He was complementary of pretty ladies, enjoyed a good story, and loved his family.

Betsy would like to express special appreciation to Hospice of Charlotte, his nurse Vickie, to his caregivers Cathy Moore and Maribeth Butler, and loving family, friends and neighbors. She would like to especially thank her daughter, Paige, for being her rock and the daughter she always wanted and needed.

In lieu of flowers, the family requests donations may be made to the American Association for the Blind. A memorial celebrating his life will be held at a future date, in warmer weather so that all can feel closer to the scent of summer and imagine their toes in the sand, with appropriate libations in hand.

Life should not be a journey to the grave with the intention of arriving safely in a pretty and well preserved body, but rather to skid in broadside in a cloud of smoke, thoroughly used up, totally worn out, and loudly proclaiming “WOW! What a ride” - Hunter S Thompson

We’re pretty sure he did just that. Cheers to a life well lived and to the memories & legacy left behind.

To send flowers to the family or plant a tree in memory of Richard Parris, please visit Tribute Store