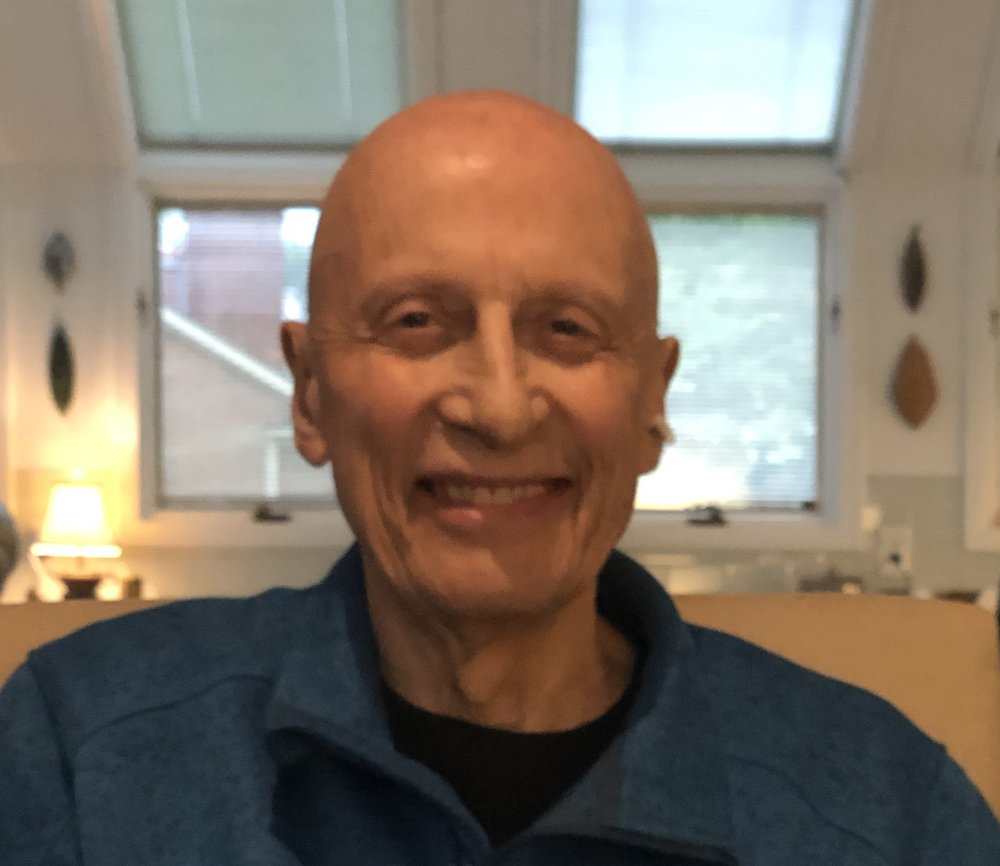 Some time ago, the late comedian Carl Reiner did an HBO special called “If you’re not in the

obit, eat breakfast”. Well, I’m not having breakfast today. Even if you didn’t know me, I hope

you will enjoy my account of a life that was long and wonderful. Robert Michael Patterson (me)

was born 9/10/42 in Norristown, Pa, the first of three children (Elizabeth and John) of Harry F

and Dorothy L Patterson. I was born in Montgomery County Hospital as were Baseball Hall of

At a mere 9 months old, we relocated from Norristown to Elkton, Maryland where dad’s

employer, Philadelphia Electric Company had a hydroelectric dam on the Susquehanna River

nearby and thus provided electric services to several counties in northeast Maryland.

classrooms (two grades per) adjacent to the convent. First and second grade had over 100

kids in one room. No problem for Sister Tomasita. Followed by Sister Alexine, Sister Regina

and finally Sister Alma. Think they had an impact? Meanwhile, organized kids baseball came to

Elkton and my dad and I were all over it. Highlight here was as a 13 year old pitching for the

As 8th grade progressed, I assumed that I was destined for Elkton High School, but my didsome-

college-but-did-not-graduate parents had other ideas. They took me 30 miles away to

to take an entrance examination. I guess I passed, because the next thing I knew I was riding

the Pennsylvania Railroad from Elkton to Claymont every day to and from school.

year along with All-State baseball pitcher. Partial baseball scholarships were offered by Duke

Northern Indiana during college baseball season. A teammate at Archmere was future senator

While Notre Dame was not very large, 4800 students compared to 200 at Archmere was a bit

overwhelming. Baseball dominated the schedule until spring practice junior year when a

recurring lower back disc injury disqualified me from further play. It was probably more gentle

for the doctor to tell me that I would not play Major League Baseball than a major league scout.

I had never doubted in my teenage mind that I would play Major League Baseball, the only

question was whether I would make the Baseball Hall of Fame in Cooperstown.

Upon graduation in 1964, the first in my family, I accepted an offer from IBM to join their

computer sales office in South Bend. The next 7 years were highlighted by my selling Notre

Dame their first IBM computer and getting married and having two children, Erin and Michael.

marriage was coming apart. So I moved to Chicago alone and started what would be a 35 year

Chicago, I attended the University of Chicago Executive Program for two years, while working,

the back straight at Charlotte Motor Speedway in 2019 at age 77.

1981 brought an opportunity with Faison Associates, a commercial real estate developer in

Charlotte, to do a major high rise office building in the center city for a small local bank named

Tampa, Roanoke and Milwaukee. 1994 found that little local bank NCNB had merged into a

bigger bank, NationsBank, and the mergers had created some real estate occupancy issues

that needed focus from real estate professionals. A department was set up and I was recruited

to be the “deal” person to do transactions to help resolve these issues. I went from dealing

with the gorilla to being the gorilla. This period was highlighted by me leading a 150+ building,

International Building Owners and Managers Association. By that time the bank was known as

Meanwhile, not long after I arrived in Charlotte, I met Cyndee Gibson who would quickly

become my best friend and life partner. We married in 1982 and she began a political career

that dubbed me “Mr Cyndee” around Charlotte. In 1988 son Hank Patterson arrived and is still

the only child born of a sitting Charlotte City Council member. The baseball theme continued

and it was not long before he was good enough that I got the additional name “Hank’s Dad”.

For his 4 years of Little League, I ran a two week baseball summer day camp for kids that age

and we all loved it. Community involvement included serving on boards in the arts (Arts and

Throughout this whole period the closest thing to a religious experience for me was baseball.

As I moved around, I adopted the team closest to where I lived. The Phillies, the Cubs, and the

Braves until several years ago when a very close family friend became the manager of the St.

Louis Cardinals. Various religions have a sacred place that they visit to refresh their

commitment. Rome, Mecca, Jerusalem, etc. Baseball’s is The Hall of Fame in Cooperstown,

NY. I have visited 6 times.

(Clara, Inga and Amelia), children of my daughter, Erin Frye and son, Michael Patterson and

adding Allison Blake to our family as another beloved daughter.

Aldous Huxley said: “Experience is not what happens to you, it’s what you do with what

happens to you.” Thank you to wonderful family and friends who helped me “do” a long and

Celebration at Belle Acres to follow Covid-19. Memorials can be sent to the Robert Patterson

Eviction Protection Fund at Crisis Assistance Ministry established by my family and friends.

To send flowers to the family or plant a tree in memory of Robert Patterson, please visit Tribute Store