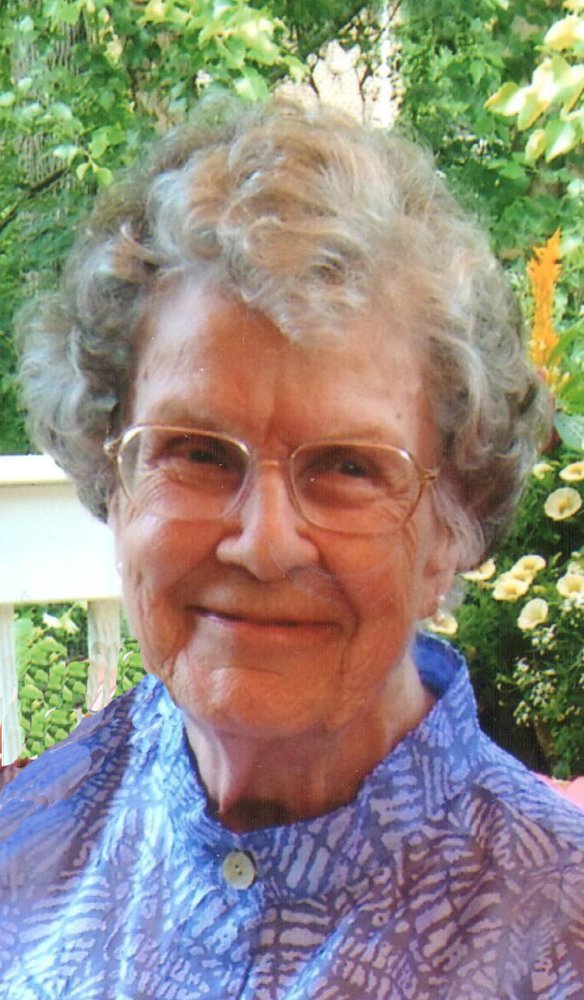 Marjorie Lee Medearis Kale was born in Kernersville, NC on April 15, 1924 to Oscar and Lillian Medearis. She died peacefully on January 22, 2020 in the Levine & Dickson Hospice House at Aldersgate in Charlotte. She was 95 years old.

Marge, who was also known as “Margie,” was the youngest of six children and fondly remembered working beside her father on their tobacco farm in eastern North Carolina. After graduation from business college in Greensboro, NC, she began working for Southern Bell Telephone Company. Thirty-five years later, in 1982, she retired from Southern Bell as a group manager.

Marge married Cecil Kale in 1945. In 1949, they moved with their two-year-old daughter, Janet Cecilia, from Greensboro to Miami, Florida. Having inherited a “green thumb” from her mother, Marge planted many flowers in their yard, including a long hedge of beautiful red hibiscus, while Cecil planted fruit trees, many of which were tropical varieties that grew well in that environment. It was in Florida that Marge gave birth to her second daughter, Diane.

The young Kale family enjoyed swimming at Miami Beach, going on picnics in Crandon Park, watching the waves and listening to the rattle of palm trees and the sound of surf. In 1960, Marge and her family moved back to North Carolina, settling in Charlotte. For the remainder of her life, however, her favorite trips were always to the beach, where she would sit for long hours and smell the salt air.

Marge was a member of Pritchard Memorial Baptist Church and the Telephone Pioneers of America.

Preceding her in death were her husband, Cecil, to whom she was married for 50 years; her siblings, Bessie Wilson, Irene Deaton, Olive Harvey, Dennis Medearis and Clyde Medearis; her grandson, Jeffrey Hunt; and her son-in-law, Joe Okey.

To honor Marge’s life, a memorial service will be held on Saturday, February 1, 2020 at Hankins & Whittington Funeral Home, 1111 East Blvd, Charlotte, NC 28203. Visitation will start at 10 am, service at 11 am with a reception to follow.

In lieu of flowers, and in keeping with Marge’s wishes, her family asks that contributions be made in her memory to St. Jude Children’s Research Hospital, 501 St. Jude Place, Memphis, Tenn. 38105, or to a charity of choice.

At her additional and specific request, Marge’s family wishes to thank Pat Nelson, Rick Heuser and Shirley Nail for their steadfast friendship, their kindness, and the many and thoughtful things they did for her.

To send flowers to the family or plant a tree in memory of Marjorie Kale, please visit Tribute Store
Saturday
1
February

Share Your Memory of
Marjorie
Upload Your Memory View All Memories
Be the first to upload a memory!
Share A Memory
Send Flowers