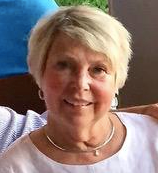 Dawn L. Doty, currently of Charlotte, NC and formerly of Hilton Head, SC and Downingtown, PA, passed away after a battle with multiple infections.

In 2016, Dawn and her husband, Tom, moved to Charlotte from their home in Sea Pines Plantation on Hilton Head Island, SC, where they had lived full time since 2008 / part time since 1996, and were members of Sea Pines Country Club. Dawn served as a volunteer in the offices of Deep Well for many years.

Dawn was born Dawn Lindell in Brooklyn, NY in 1947, and moved as an infant, along with her two older sisters and parents, to Westwood (Bergen County) New Jersey.  She graduated from Westwood High School and then from Bethany College (in West Virginia) in 1969, where she was President of the Alpha Xi Delta Sorority. She lived briefly on the West Coast before moving to Philadelphia, then Cherry Hill, NJ, to begin her career as an Advertising Manager for the Pennwalt Corporation. In 1970, she met her soon-to-be husband, Thomas Doty, on a bus and their true love story began. They were married in 1971 and lived together in Moorestown, NJ.

Dawn and Tom moved to Exton, PA, in 1974, where their children Kenneth (1974) and Bethany (1977) were born. When both Ken and Beth were in school, she rejoined the workforce as a Nurse’s Aide in the Downingtown, PA school district. Then in 1987, she re-started her advertising career as an Account Manager at a Lancaster, PA advertising agency. In 1993, she and Tom founded Thomas Advertising Communications, Inc.  Dawn managed all of the day-to-day business affairs of the agency until they moved into semi-retirement in 2006.

Dawn had two great passions in her life — her family and making people happy. She pursued those passions with a consistently positive and optimistic attitude, welcoming people into her life and home, creating a large extended family that remember her as a bright, warm light in their lives. She was joined at the hip with her husband and they literally did everything together for the last 30+ years, creating memories for themselves and all those whose lives they touched together. In the last 20 years Dawn bravely battled severe Rheumatoid Arthritis and resultant surgeries and debilitating conditions that took away her ability to play golf and tennis - but never took away her ability to entertain, to love with all her might, to smile brightly, and to spoil her grandchildren.

Dawn is survived by her husband, Thomas J. Doty (originally of South Bend IN), two children and four grandchildren, all residents of Charlotte, NC —son Kenneth Doty and wife Meredith Wilson Doty, with children Nathan (6) and Caitlin (4): and daughter Bethany Doty Prus and husband Adam Prus, with twin sons Axel and Jenson (10). She is also survived by her two sisters, Diane Mooney of Las Vegas, NV and Barbara Cipullo of Greensburg, PA.

A celebration of Dawn's amazing life will take place on Friday, September 27th, 2019.

In lieu of flowers, contributions may be made to the following charities which were near and dear to Dawn’s heart: The Arthritis Foundation (www.arthritis.org) |  The Deep Well Project of Hilton Head (www.deepwellproject.org)  |  Wayfinders of Charlotte (www.wayfindersnc.org)