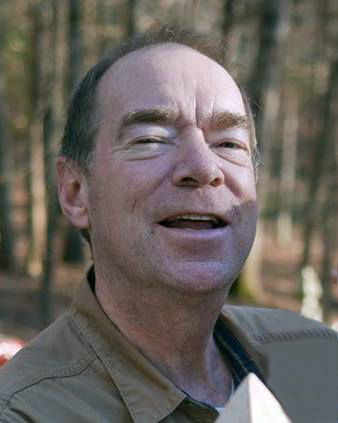 “You can easily judge the character of a man by how he treats those who can do nothing for him.” - Malcolm Forbes

Thomas Clifford Wilke, 61, of Matthews, NC, passed away peacefully on February 7th, 2019. He was born June 15, 1957 in Neenah, Wisconsin to Clifford and Mary (Greshamer) Wilke and was their second of five children. Tom graduated from Neenah High School in 1975 , and in the same year enlisted in the U.S. Navy.  He was stationed at the Great Lakes Naval Air Station near Chicago, Illinois for three years and received an honorable discharge . He trained as a respiratory therapist after seperating from the Navy, and was popular with patients for his care and compassion. Tom married the love of his life, Kathleen (Marinin) on March 5th,1983 and they celebrated 35 wonderful years together.  Tom’s children were the joy of his life and he would often disappear from the company of adults only to be found later on an adventure with his children and later grandchildren.   A devout Christian, Tom was a member of Saint Patrick’s Catholic Church in Menasha for many years before joining Faith Community United Methodist Church in Greenville.  Tom was a lifelong Packer fan, a cunning racquetball player, and enjoyed playing sheepshead with his siblings. Thomas will be remembered for his outgoing and carefree personality.

Thomas is survived by his loving wife Kathleen, four siblings: Debbie, Lisa, Todd, and Jeff, three children: Ryan (Andra) of Jacksonville, FL, Melissa (Michael) of Charlotte, NC, and Jonathan of Charlotte, NC as well as five grandchildren.  He was preceded in death by his parents.

Family and friends are invited to attend the funeral service that will be held at Faith Community United Methodist (N1966 Julius Drive Greenville,  WI 54952, WI) on February 13th at 11am, with visitation starting at 10am, to pray, grieve and remember the wonderful man who touched so many lives. In lieu of flowers,  contributions can be made to the American Heart Association.