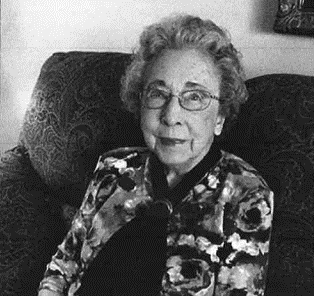 Ardith Jean Reese, 99, of Charlotte, North Carolina, passed away peacefully surrounded by family December 24, 2022. Born March 25, 1923, in Grafton, Nebraska, she was the daughter of the late John and Harriett Burt.

She grew up on the family farm and worked alongside her parents, brother Keith and sister Maxine. Jean graduated from Grafton High School and earned a degree from Lincoln School of Commerce in Lincoln, NE. She was anxious to begin her life away from the family farm so she joined her sister in Denver, CO. where she worked and met her future husband, Charles. They married after Charles returned from WWII on September 22, 1946.

During Charles’ career they lived in 5 different states before a final transfer to Chicago, IL. After raising her three sons and being a stay at home mom, Jean returned to secretarial work for several United Methodist churches in Chicago and Birmingham. After both retired, they moved to Colorado Springs, CO and again had cherished time living close to her sister and family.

Charles and Jean were married 55 years before his passing in 2001. During their many retirement years, they traveled extensively around the US and Europe. They especially enjoyed the many cruises they were able to share together.

In 2009, Jean moved to Charlotte to be closer to her sons. She was most recently a resident of Brightmore of South Charlotte where she made many wonderful friends and was active in the community.

Jean was an avid game player, especially excelling in Duplicate Bridge well into her 90’s. She loved to play games with family and her friends at Brightmore. She was also active in organizing and participating in many arts and crafts, painting, sewing, knitting and social activities.

In addition to her parents and husband, Ardith is preceded in death by her Sister (Maxine Glaskin), infant sister and brother (Keith Burt).

In lieu of flowers, memorials in Ardith’s name may be made to St. Jude Children’s Research Hospital and Loaves & Fishes, Charlotte, NC