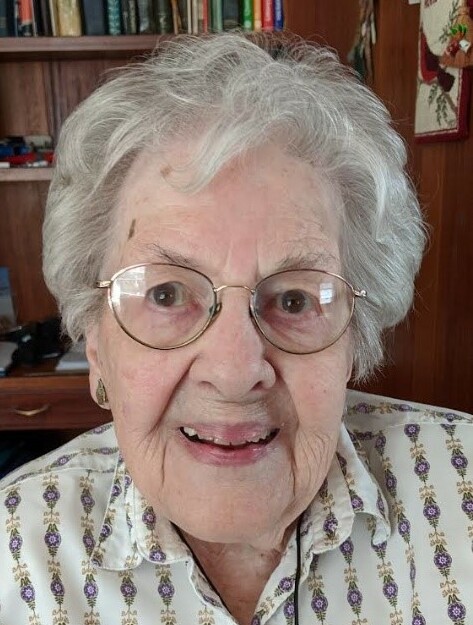 Margaret (Peggy) Bomberger Sands Dalgleish, 98, of Charlotte, NC, widow of Edward (Ed) James Dalgleish, Sr., died September 3, 2022 at home. Born in Pottstown, PA, October 2, 1923, Peggy was the daughter of the late Richard M. Sands and the late Mary Kratz Bomberger Sands, and the sister of the late Mary Elizabeth Sands Umstead. She was a graduate of Pottstown High School after which she was employed by The Hill School. She and Ed were married in 1948 followed soon by her employment with UNC-CH while Ed obtained his undergraduate degree. Once Ed graduated, Peggy was fortunate to remain at home raising their family. During that time, once the family settled in Charlotte (1959), she volunteered regularly at St. John’s Episcopal Church as a member of the Altar Guild for over 30 years, at Thompson’s Orphanage, and at the Charlotte Merchandise Mart. Once her youngest was in junior high school, Peggy returned to work, for Arbon Equipment Corporation, and remained employed there for almost 30 years, retiring at age 73. In later years, she volunteered with Mercy Hospital by crocheting beanies for newborns. Her hobbies included playing bridge and golf.

A private interment will be held at the request of the family. Contributions may be made in Peggy’s memory to Novant Health Hospice, P.O. Box 33549, Charlotte, NC 28233.

Share Your Memory of
Margaret
Upload Your Memory View All Memories
Be the first to upload a memory!
Share A Memory