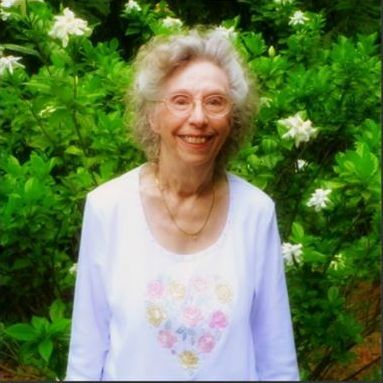 Doris Daignault, 91, passed away on August 5, 2022 at home in Gulfport, Florida, with her sons, David and Jeff, at her bedside.

Throughout her long life, Doris showed the love she had for all in acts of kindness and service. Her smile was warm and constant. Sincerity defined her. She was, in a word, good, an example of how humility and contentment breed joy.

Born on June 10, 1931 in Bay Shore, New York, to Arnold W. Elliott and Mary Ellen, “Mae,” Elliot, Doris remained on Long Island until she moved to Potsdam, New York, to attend the renowned Crane School of Music at the State University Teachers College there. Doris majored in music education, with cornet as her main instrument. She sang and played with the Crane Chorus and Orchestra, most notably at the New York premiere of Norman Dello Joio’s A Psalm of David at Carnegie Hall. While in Potsdam, she met a chemistry major from nearby Clarkson College at a dance, and Dody (her college nickname) and Lou married one month after graduating in 1953.

The couple then relocated to Rochester, New York, for Lou’s doctoral studies, and Doris taught music at a school in nearby East Bloomfield. After Lou completed his PhD, he and Doris went to Alabama where Lou served in the Army. Following his discharge, they returned to New York, started their family, and settled into their lives, raising David and Jeff and, over time, opening their hearts and home to three foster children. Doris worked at the Rochester Institute of Technology, where Lou taught, and started a piano studio at home on the 100-acre farm she and Lou had purchased in 1968 in Lima, New York.

In 1974, Doris and Lou made Charlotte, North Carolina, their home. Doris worked for Covenant Presbyterian Church and The Hartford Insurance Company before finding 24 years of work and friendship at Bob Neill & Associates, a commercial real estate firm. During this time, Doris also poured energy into volunteering for civic organizations, helping disadvantaged and troubled youth, and she began a small business, Sunrise, that made and sold an inspirational desk calendar. In retirement, Doris and Lou continued their lifelong love of gardening, and Doris picked up her cornet again to play in the St. Andrews Brass Ensemble and, with Lou joining her on saxophone, in the Charlotte Concert Band and the Matthews Concert Band. In 2018, Doris left Charlotte for Florida where she shared a duplex with her son, Jeff, and his wife, Vickie. During these last years, her resilience and radiance—her recognition of the extraordinary blessings we are given in each ordinary day—remained strong.

Doris was preceded in death by her beloved husband, Lou; her parents; and her siblings, Robert Elliott, Marjorie de Carvalho, and Ruth Smith. She is survived by her sons; her daughter-in-law, Vickie Daignault; her grandsons, Brennan Daignault and Spencer Daignault; her brother-in-law, David Daignault, and his wife, Lynn; her “best friend” and sister-in-law, Nancy Gardner; and nine nieces, along with many great nieces and great nephews.

To send flowers to the family or plant a tree in memory of Doris Daignault, please visit Tribute Store
Print
Share A Memory
Send Flowers