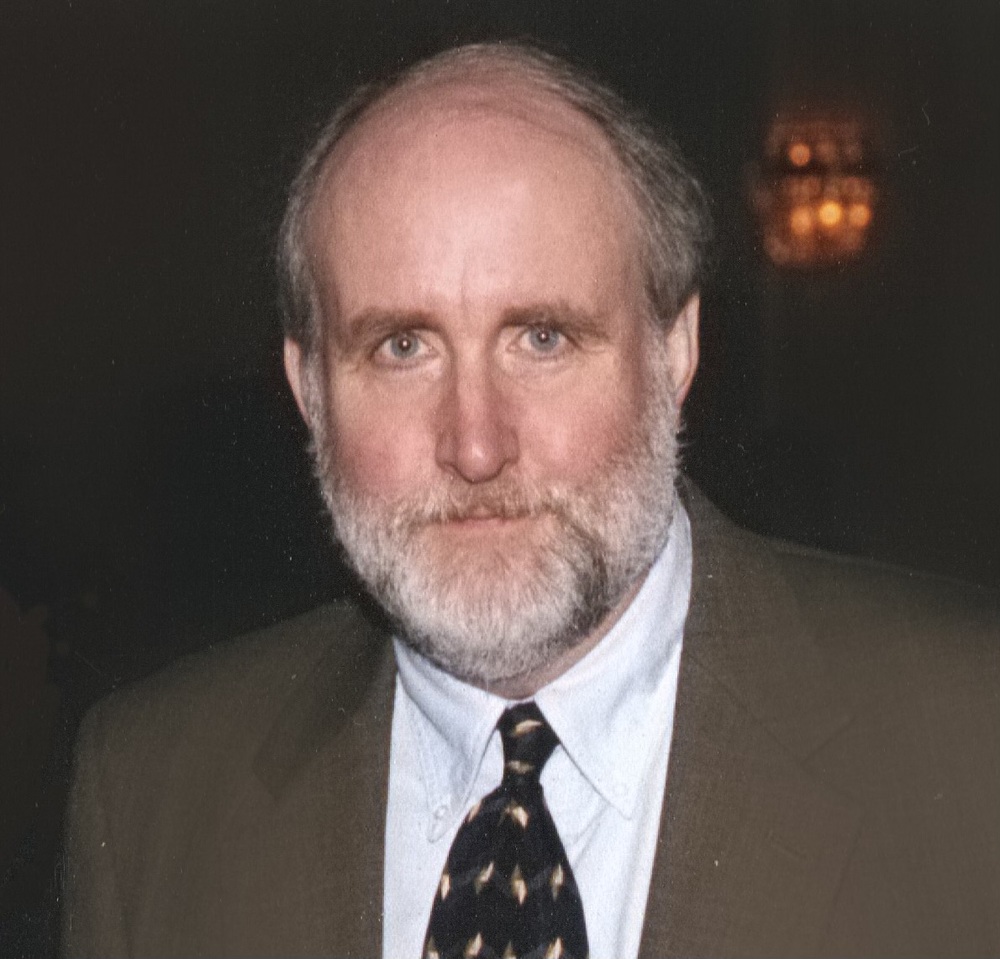 Frank Tucker, age 74, died peacefully on June 1, 2022 at Atrium Health. He is survived by his devoted wife of 40 years Cheryl Palmer, rescue pup Lizzie, and many McCoy and McKenzie cousins. A native Charlottean, he was the only child of the late Bernice Thomas Tucker and Everett Tucker. After East Mecklenburg High School, he was the first in his immediate family to graduate from college, East Carolina University. A music major, he studied trumpet with local legends Bill Hanna and Fred Mende, as well as James Darling of the Cleveland Orchestra. He played second trumpet in the Charlotte Symphony Orchestra for more than a decade. Using his innate math/music intelligence, he went back to school at CPCC to study computer programming and joined what is now Bank of America. He retired from the Credit Risk Integration and Strategies division in 2014.

Frank was boundlessly curious about music, history, literature, science, technology, art, photography, and much more. He loved doing research and thoughtful analysis, whether nuanced orchestral musical passages for performance, coding SAS programs for the bank, or discussing paintings by Romare Bearden at the Mint Museum or a Berthe Morisot at the Musee d'Orsay in Paris.

He was a runner and hiker, and climbed to the summit of Mt. LeConte. He loved introducing NC newbie Cheryl (along with dogs) to trails and waterfalls in these mountains. He enjoyed international and domestic travel but also was content to delve into a good book at home with a dog at his feet. Resilient, Frank was undefeated by an auto-immune inner ear disorder which left him deaf in his 40s. He welcomed new medical developments and received a cochlear implant speech processor that allowed him to keep working at the bank and engage with friends. Brave again when diagnosed with stage 4 prostate cancer in 2020, he participated in four clinical trials through Levine Cancer Institute to stay as strong and active as possible and to further scientific research.

Smart, funny, generous, loyal, humble and kind, Frank was a loving husband, son, cousin and friend. His wishes were that memorial contributions go to Habitat for Humanity of the Charlotte Region, the Charlotte Library Foundation, Crisis Assistance Ministry and the Mint Museum. Arrangements are being handled through Hankins and Whittington Funeral Service.

To send flowers to the family or plant a tree in memory of Everette Tucker, please visit Tribute Store

Share Your Memory of
Everette
Upload Your Memory View All Memories
Be the first to upload a memory!
Share A Memory
Send Flowers