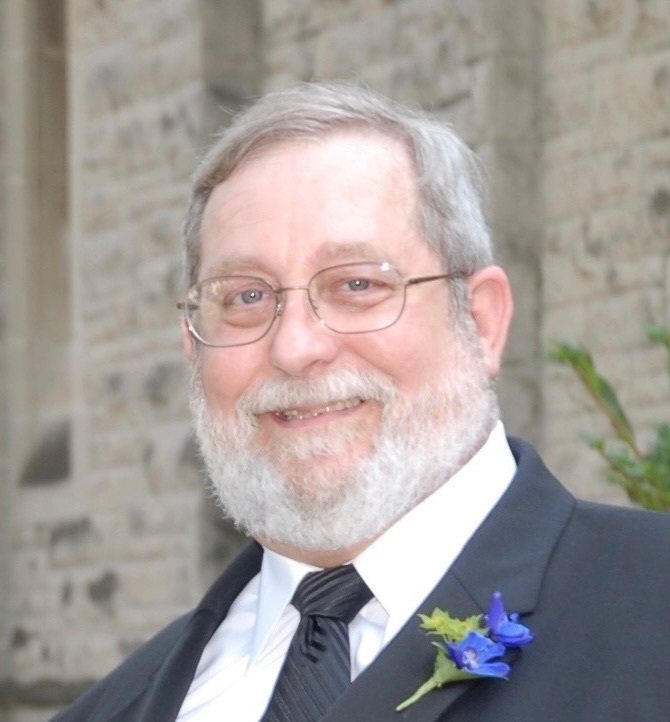 Randy Reed Paynter passed away on April 11, 2022, in Charlotte, North Carolina, after having finally made a long-delayed trip to meet his youngest grandson for the first time. He was born in Bloomington, Indiana on April 16, 1947, and defied expectations for nearly seventy-five years thereafter.

The son of Claude Paynter, Jr. and Beverly (Colglazier) Paynter, Randy was additionally fortunate for the impact his grandmother Hazel Colglazier and Aunt Nancy (Colglazier) Young had throughout his life. He was also preceded in death by younger brother Byron Paynter.

He grew up just west of Bryan Park, graduated from Bloomington High School, and attended Indiana University, where he was a member of the ROTC and the Pershing Rifles. He met Risë Reinier while working at Sears in Bloomington, with whom he had three children that they raised on Eastgate Lane.

Randy was a lifelong enthusiast of paper maps and travel marketing literature. He guided his family on excursions to state and national parks and historic monuments while towing their often-uncooperative pop-up camper. Randy’s only known fear was heights, and his children delighted in crossing suspension bridges and riding in glass elevators with him. He once successfully traversed America’s highest suspension bridge over the Royal Gorge on foot while unnaturally pale. No summary of his travels should fail to mention his solo adventure in Alaska, which he described as both humbling and beyond his imagination.

A dedicated parent volunteer, Randy enjoyed coaching soccer through the Boys & Girls Club of Bloomington for each of his children and many of their friends. He became a lifelong fan of the sport, and a regular attendee of Hoosier games.

Randy was an avid patron of the arts. A regular at the IU Auditorium, he was known to return for consecutive performances of shows he loved. He was additionally known for his collection of Abraham Lincoln memorabilia. He kept skeletons in his closet and sat them on the passenger seat of his truck for Halloween. Randy was known to many throughout Bloomington for his congenial nature, as well as the many gadgets and accessories that appeared to orbit him.

After working for years at the Bloomington store, Randy initially retired after managing the Sears in Bedford. He took an extended period of time to travel the United States, and ultimately retired again after working for Indiana University.

Randy is survived by his three children, their spouses, and eight grandchildren: Christopher and Michele Paynter, and Anthony and Maria of Indianapolis, IN; Nathaniel and Elizabeth Paynter, and Theodore, George, and Alexander of Charlotte, NC; and Alissa Paynter and Erick Gjerdingen, and Eloise, Anette, and Lena Gjerdingen of Bloomington, IN. He is also survived by younger brother and sister-in-law Scott and Malia Paynter of Bradenton, FL, Jay Navarro of Corona, CA, and numerous nieces and nephews and great-nieces and nephews. Randy loved and was loved by many other friends and family, including those he looked forward to seeing in the audience and the stands.

To send flowers to the family or plant a tree in memory of Randy Paynter, please visit Tribute Store
Print
Share A Memory
Send Flowers