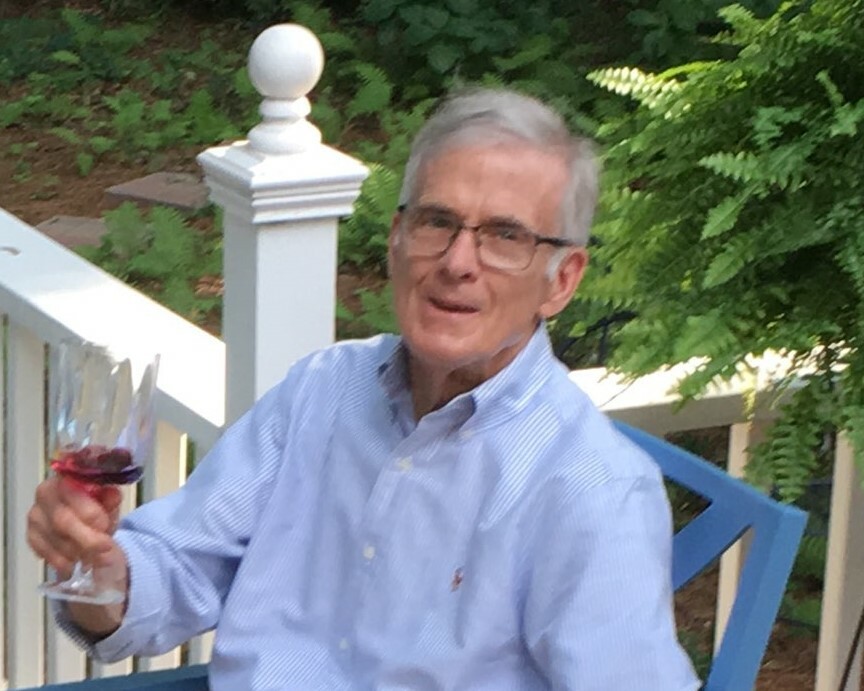 The world has lost a great one. Albert Benzenhoefer left us to grieve his passing and to love him forever on Saturday, February 19. He is survived by his adoring wife, Janice, and a daughter, Amy Benzenhoefer Spears, as well as two grandchildren, Jackson and Brighton Spears. Surviving also are his sister and brother-in-law, Ruth and Robert Adasiak of Ponte Vedra, FL; nephew Edward Adasiak of Lafayette, CA; his brother-in-law, David Hamley of Phoenix, AZ; and his favorite auntie-in-law, Grace Schad of Sewickley, PA.

Albert was born in Pittsburgh, PA, on December 5th, 1942, to Ruth and Frederick Benzenhoefer. After their father’s untimely death when Al was five years old, he and his sister ‘’Posey’’ were raised by their amazing mom ‘’Mimi’’ in Sewickley. He was a graduate of Alderson-Broaddus College in Philippi, WV. He and Janice were married on December 27, 1966 and enjoyed 55 wonderful years together. He served his country as a Lieutenant, JG, US Navy at the Advanced Underseas Weapons School in Key West, FL. Upon completion of his service, Al began his long and successful career in pharmaceutical and medical sales. Key West was an idyllic place to begin a half-century-plus marriage, and those years were absolute magic. Subsequent moves to Jacksonville, FL, and ultimately to Charlotte proved to be happy ones as well.

He had a terrific sense of family, fun, and frivolity – as evidenced by his many pranks, one-line zingers, and devotion to all. No one enjoyed Albert’s pranks more than Albert did. He was always the best-dressed at Halloween, put countless strings of loud firecrackers to great good use, tossed buckets of cold water onto clueless shower-takers, and was just an all-around charming jokester. While he was reserved in demeanor, there was always the imp lurking just below the surface and ready to pounce.

Al took great pride in everything he did and in everyone he loved. His shoes were always the shiniest, his car the cleanest, his yard meticulously manicured. He had an impeccable sense of style (his socks, when he wore them, were always the coolest and a great conversation starter), loved a great movie, and rued the demise of the few theaters that housed those films. He concocted a marvelous margarita in warm weather and relished a good Old Fashioned in the winter -- often while watching “The Family Stone” (a personal fave) for the umpteenth time. He was the first guy to rush in to help a neighbor or a friend without anyone’s asking, often anonymously and just because. Upon his retirement, Al was a dependable volunteer at the Habitat for Humanity book store, where he made many friends and clocked in over a thousand hours.

Al (Bert) had an adventurous spirit and loved to travel. He and Janice relished exploring the nooks and crannies of Europe and delighted in the opportunity to expand horizons, to meet new people, and to take the road less traveled. Favorite places included Croatia, the Czech Republic, Portugal, and France – and Al was like a wide-eyed kid in a candy store unwrapping a new surprise at every turn.

The journey, sadly, has ended. Parkinson’s disease arrived uninvited and irreversibly altered the course. Albert was strong and brave and uncomplaining throughout and has left his devastated family far too soon. Should you choose to extend a tribute to him, please consider the Michael J. Fox Foundation for Parkinson’s Disease, Grand Central Station PO Box 4777, New York, NY 10163. Otherwise and also, just raise a glass (the boxed stuff will be fine) to his life, his kindness, and his incredible spirit.

Special thanks for the loving guidance of Drs. Edwards and Iyer, Memory and Movement, Charlotte; the angels of Hospice and Palliative Care; the incomparable ‘’family’’ at the Post at Providence; his wonderful caregiver, Anne Bynum; RSB boxing (special kudos to Cindy and Kim); and the perpetual love and help of Liz, Michael, Orietta, and Paty.

Hankins and Whittington, East Boulevard, is assisting the family with all arrangements, and a private service will be held. Please join us at the Benzenhoefer residence to remember and reminisce and toast sweet Albert on Sunday, February 27, any time between 4 and 7. Stay a little or a lot.

Al loved his job with the Navy, worked hard (as he always did), and received the highest of commendations from his commanding officer upon his discharge in 1969. To quote, “As a leader you are considered most superior and excel in your ability to deal with your fellow man. You have manifested absolute dependability, keen perceptivity, and unqualified loyalty. You were thorough in all of your undertakings and a perfectionist in the final product of your labors. You are a true gentleman and a man of impeccable character.’’ Couldn’t have said it better.

To send flowers to the family or plant a tree in memory of Albert Benzenhoefer, please visit Tribute Store
Print
Share A Memory
Send Flowers