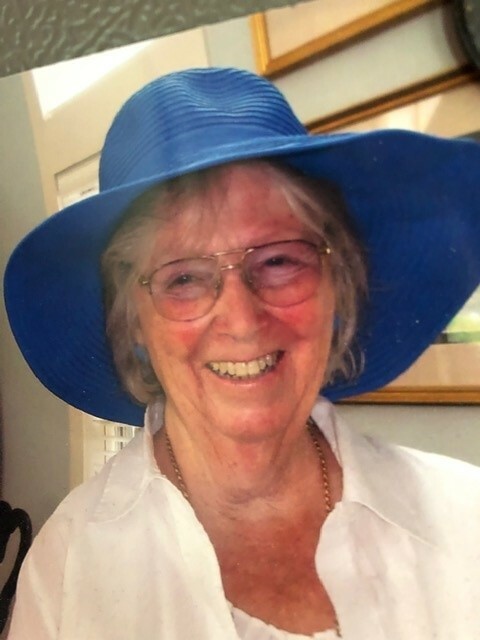 Shortly after devotions with her husband of 64 years, Peggy died very peacefully and suddenly in their retirement home, 1610 Windsor Run Lane, BH-125, Matthews, N.C. 28105. She was born in Plymouth, Mass. On July 21, 1934, to Lawrence and Elizabeth Hunter, their first child. Growing up in N. Abington, Mass. She graduated from Abington H.S. in 1952, and with the R.N. degree from New England Baptist Hospital in Boston, in 1955, and later, a BSN from Queens College in Charlotte. Peggy began her lifelong walk with the Lord as a pre-teen going forward at the close of Billy Graham’s first New England crusade in Boston Garden. She met her husband of 64 years, Eric B. Moore, at an Intervarsity Christian Fellowship conference outside Boston in the fall of 1956. They were engaged two weeks later, and married in November 1957 in White Plains, N.Y. The two began their lives together at an old farm in Canaan (built in the early 1800s), NH along the Appalachian Trail.

Peggy loved singing, had the gift of hospitality, and loved nature and gardening. She studied Ornamental Horticulture at the prestigious Barnes Institute preparing for many years as a natural history guide. Many local Nature Centers and National Forests had the benefit of her skill for guiding and sharing her love of the outdoors wherever she lived. One of her favorite places to serve was Wing Haven bird sanctuary in Charlotte and at the time The Clarkson family was to hand over the running of the sanctuary to a board of directors, Peggy was hand selected by Elizabeth Clarkson to head up the training of the docents.

Peggy loved her family deeply and is survived and cherished by her husband, Eric, and her three daughters: Becky Shreve (Tim) Franklin, Tenn., Ruthie Schaffer (Steve)in suburban Chicago, Ill., and Sarah Stevens (Richard), in Weddington, NC. 5 grandchildren (Scott, Mike, Amy, Harrison, Jonathan) and 10 great grandchildren. A memorial service is TBD at a later date. In lieu of flowers, please honor Peggy’s memory by sending to The Gideons International Brevard Camp PO Box 1338 Brevard, NC 28712. Great appreciation is extended to the medical team at Windsor Run, in Matthews, and to the new friends made in their move back to Mecklenburg County.

To send flowers to the family or plant a tree in memory of Margaret Moore, please visit Tribute Store
Print
Share A Memory
Send Flowers