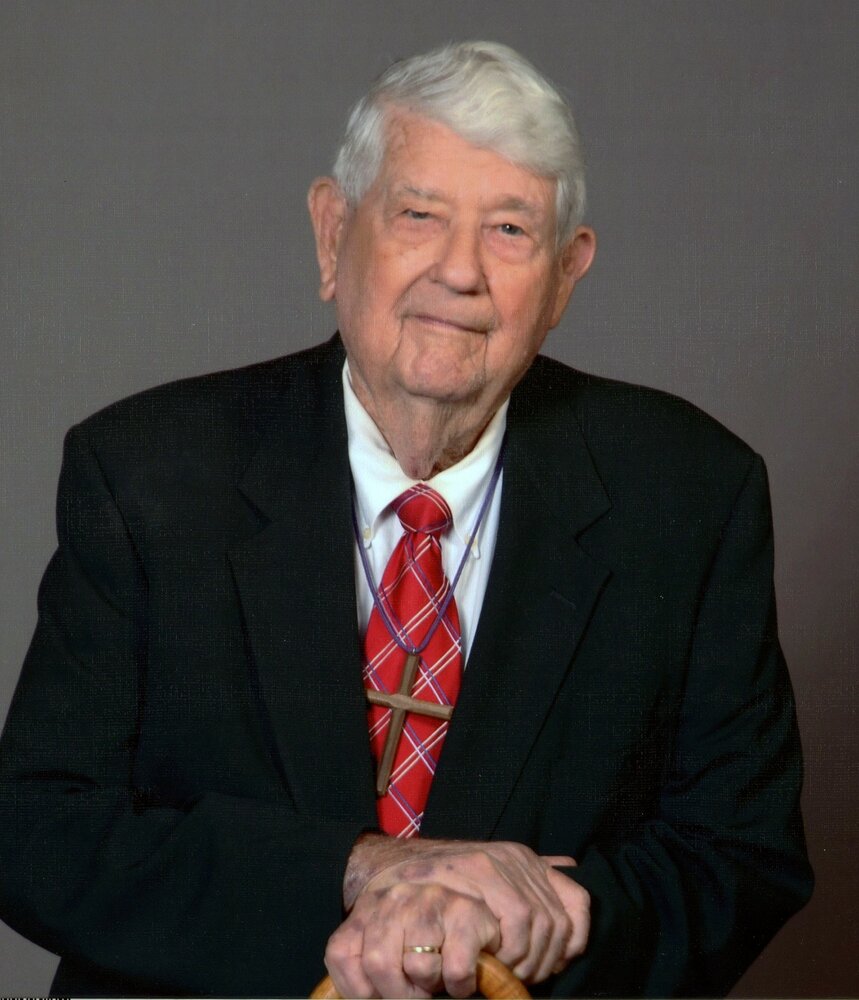 Charles (Chuck) Howe Hendrix, 91 of Charlotte, NC died after a brief stint of declining health on Sunday, January 30, 2022 surrounded by his three children.  He was born April 15, 1930 in Charlotte, NC to parents, William Ross and Nannie Howe Hendrix. Growing up in Charlotte, Chuck graduated from Harding High School and completed one year at Appalachian State University before entering the US Army.  During this time, he served two years in the Korean War.  After his military service, Chuck began a career with Duke Power Company and retired in 1991 with 42 years of employment in the Transmission Lines department.

At the start of his career with Duke Power Co., Chuck met Sarah Beam Bailey and married on August 3, 1957.  They would make their home in Charlotte and join Avondale Presbyterian Church. He enjoyed over 64 years of serving in various roles at Avondale that ranged from using his knowledge of electrical wiring for the Christmas pageant to driving the church bus for youth group beach trips to lending his carpentry skills on mission trips to Harlan, KY. In his last several years of life, he became known for sharing tootsie roll pops every Sunday with the young and old.

Chuck enjoyed spending time with his family at their home on Lake Wylie, gathering for breakfasts and lunches with friends and former colleagues, collecting small pocket knives and working with wood. Many hours were spent in his garage crafting lots of woodworking projects. Family and friends were recipients of items like grandmother clocks, small pieces of furniture and cedar chests to name a few.  In the last decade of his life, Chuck began making small, four inches tall, wooden crosses.  He was known for giving away the crosses to most anyone he crossed paths with.  Before long, friends began requesting several dozens of these crosses to share with others.  To create a uniqueness to these crosses, he would use various types of wood, shapes, sizes and designs. This project of creating crosses gave Chuck endless hours of enjoyment.

Memorials may be made in Chuck’s name to Avondale Presbyterian Church.