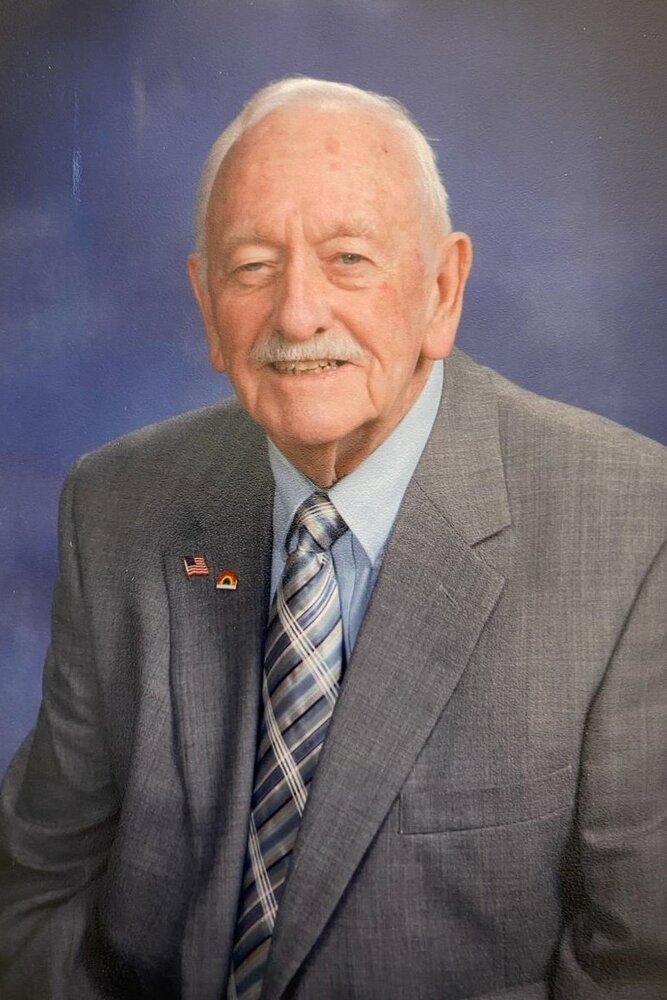 He lived there until his father’s work for Colonial Stores sent the family to a small town in Georgia, on the Florida border. Tommy, as he was known then, had fun memories of his childhood “job” riding horses to exercise them. During his grammar school years his family moved back to South Carolina, settling in Greenville, where he would finish his education. While attending Greenville High School, Tom met the love of his life, Betty Ann McHugh.

Tom joined the Air Force after high school but returned to Greenville during his first leave from Air Police School to marry Betty Ann in 1951. He took his new Southern bride with him to his new assignment at Dow Air Force Base in Bangor Maine, where Tom guarded the bomber aircraft he would later be flying. Tom soon transferred to Radio School, taking Tom and Betty to their next assignment at Keesler Air Force Base in Biloxi, Mississippi, where the young couple made some lifelong friends.

After his discharge as an NCO from the Air Force, Tom and Betty moved to Columbia South Carolina, where Tom attended the University of South Carolina on the GI Bill, earning a degree in Economics. While at USC, Tom joined the ROTC and accomplished his biggest goal in life - he learned to fly.

Upon graduation, Tom was commissioned into the AF and he and Betty left for Flight School in Kennett MO, where the first of their three daughters, Patricia, was born. Their next assignment at Moody AFB in Valdosta, Georgia became the birthplace of daughter number two, Sharon. Over the next few years Tom’s military career took the family to California, Washington, and on to Eglin AFB, where they welcomed daughter #3, Jo. From Eglin AFB, Tom took the volunteer assignment to fly a B52 during the uncertain time, later known as the Cuban Missile Crisis.

Tom’s next assignment, at Barksdale AFB, Louisiana proved no less heroic, as this is where in 1967 Tom would volunteer for the dangerous assignment of flying a Cessna O-1G “Bird Dog” low and slow over the jungles of Vietnam for the Forward Air Command (FAC), providing a critical support role for the AF and the Army. After receiving his survival training in the Philippines, Tom was stationed for the following year at Bien Hoa Air Base in South Vietnam.

Following Vietnam, and a short assignment at Bunker Hill AFB in Indiana, Tom took his final assignment at Pease AFB, New Hampshire, flying the FB-111. One of their longest assignments, the family grew to love New England, buying a summer home on Lake Estes in Sanford Maine.

After retiring from the AF, Tom and family settled among many of their old Air Force friends in Fort Walton Beach, Florida. It was there that he completed another BA degree in Education and earned his Master’s in Counseling which led him to an interesting period working as a student counselor for Troy University, teaching at the Eglin Federal Minimum Security Prison and counseling for the foster care system.

After his Emmaus Walk, Tom turned all his attention to Shalimar United Methodist Church (SUMC). He served in several leadership positions: he was a church manager for several years, taught Sunday School in the Builders Class at SUMC for many years, served as a representative to the Annual Conference as well as to the Alabama-West Florida Conference for the District. Tom found his greatest joy leading countless Disciple Classes throughout the years.

Tom was a humble and kind man and lived his life to the fullest. He collected jokes and was always ready to have a good time with lots of laughter. His family and friends benefitted from Tom’s love of cooking, especially his South Carolina style barbeque. Tom, overwhelmed by the odds in his house, with three daughters and a wife, always insisted on male dogs to even the numbers a little. But his larger-than-life presence, encompassed enough love, strength of character and sense of humor to provide his three daughters with the best possible male role model any girl could want.

As the years crept by, dementia took more and more of Tom’s memory.  Yet he never forgot his predictable words, like “If I was any better there’d have to be two of me,” and so on, still always anxious to make people smile. Tom was a good man who loved his family and his Lord with all his heart. God rest his soul.

A Celebration of Life Service will be held at Shalimar United Methodist Church on January 31, 2022, at 10:00am.

To send flowers to the family or plant a tree in memory of Thomas Goodwin, Jr., please visit Tribute Store
Monday
31
January

Share Your Memory of
Thomas
Upload Your Memory View All Memories
Be the first to upload a memory!
Share A Memory
Send Flowers