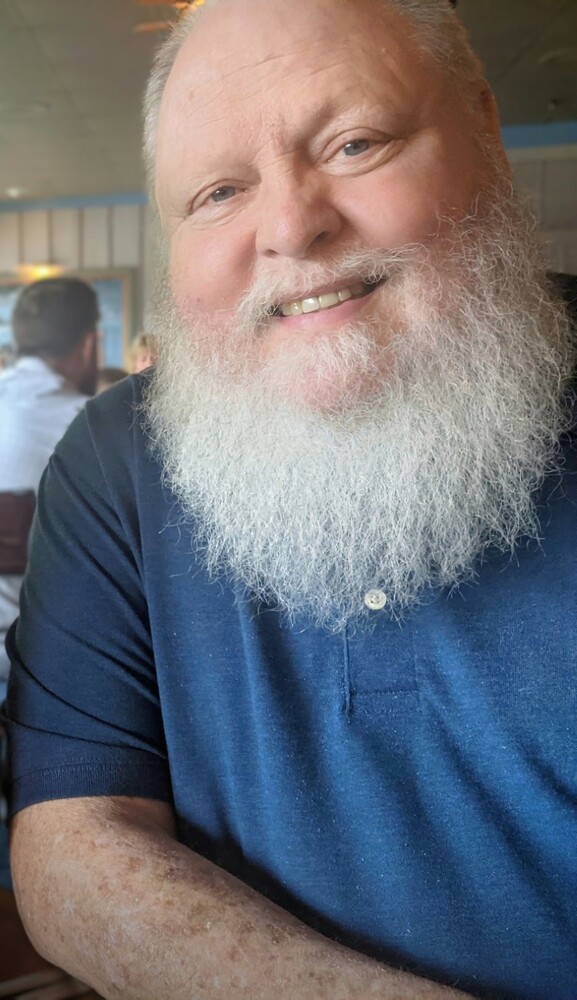 Mr. Patrick Stephen Payne, 68, of Charlotte, passed away on Sunday evening, January 16, 2022. He was born at Presbyterian Hospital on February 19, 1953 to the late George Nelson Payne, Jr. and Zana Harris Payne.

He is survived by his wife of 29 years, Jayne Marie Payne; and daughters Anna Grace Payne, and Alexis Reneé Riddle. He was pre-deceased by his beloved son, Joshua David Payne; and an older brother, Michael Carson Payne. He also leaves behind a sister, Marcia Payne Wooten and her husband, Bill of Hamptonville, NC; and grandchildren Kaden Riddle, Ava Banks, and Paris Spencer. Many cousins, nieces, nephews, great nieces, great nephews, aunts, and an unsurpassed host of friends will mourn his passing.

Pat was a native Charlottean, who graduated from Myers Park (Class of ‘71), where one of the highlights of his HS career was participating in the Orange Bowl festivities as a member of the MPHS Marching Mustang Honor Band of ‘68-‘69.

He attended CPCC, and never lived anywhere other than his hometown of Charlotte.

Pat was a printer by trade at various companies, including Case Hoyt and RT Barbee. He occasionally was employed at the Double Door Inn as a customer relations specialist. In addition, one of his passions was lamp-making. He worked part time at Peggy Houston, Ray Marks, and The Lamp Place making extraordinary custom lamp creations, and repairs. He designed beautiful lamps of all sizes for family and friends, using many different materials, including Crown Royal bottles, Mikasa vases, softballs, golf balls, fire extinguishers, and WW II mortar shell casings.

In addition to his lamp making, he was Santa Claus. Throughout the year, he was often recognized out in public by little ones, as Santa. He graciously and enthusiastically represented the spirit and true meaning of Santa year-round, and made appearances at churches, nursery schools, homes, and in his red pickup truck.

The word “stranger” was not part of his vocabulary. His friends encompassed people from elementary (Ashley Park) to high school (Go! Mustangs!) and all walks of life. If you had ever met Pat, you automatically knew that he missed his calling in life as a comedian/prankster/raconteur. You could never have an encounter with Pat without a story, a joke, or two, or three. He was always happy, full of life, and generous to a fault. And if you were to run into him in the grocery store, watch out!

The family will gather with friends to share remarks and “Pat Stories” on Sunday, January 30th at 3 p.m. at Hankins & Whittington Funeral Service, 1111 East Boulevard, Charlotte. A reception will follow at the funeral home.

Pat was a wonderful husband, father, brother, uncle, cousin, and Grandpop. Memorials may be given to the American Cancer Society (cancer.org), and the National Kidney Fund (kidneyfund.org).

Please share a memory with the family via the Tribute Wall.

CLICK HERE TO WATCH THE LIVESTREAM OF THE SERVICE

To send flowers to the family or plant a tree in memory of Patrick Payne, please visit Tribute Store
Sunday
30
January

Share Your Memory of
Patrick
Upload Your Memory View All Memories
Be the first to upload a memory!
Share A Memory
Send Flowers