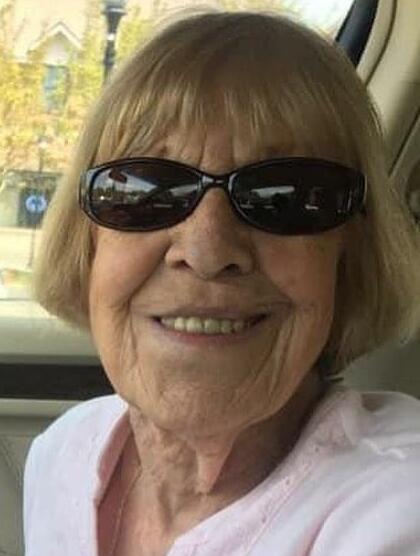 Most stories end with a DOT…THIS one starts with a DOT!

Dot Roper was born on April 11, 19-none of your business, in the small town of Thomasville, NC to Dewey and Wilma Hicks. She grew up (well sort of grew up, she never did get very big) with 3 brothers so no wonder she became sassy and scrappy.

She loved to rescue any stray or orphaned animal she could find… upon learning this, her son-in-law knew it all made sense now.
She was very competitive in any and everything she did in life. If it not worth winning, it is not worth playing. (again an AH HA moment for her beloved son- in-law.)

Over the years, she worked tirelessly on every committee at her children’s school. She loved it even if she did say the only reason was because the nuns drafted her.

She became a woman business owner, in a male dominated industry, years before it was the cool thing to do.

She learned to ride and show horses later in life and loved every minute of it. Seeing a pattern here? Refer back to competitive nature.
She lost the love of her life at 49 years young. She was hard on any potential suitor that came along… she felt none of them were nearly as smart as her Paul.

Once her children grew up and married, she was determined she didn’t want to be Grammy, because that would make her OLD… and she was not old… 19none of your business. She fibbed about her age so often that many began to think she started having kids at age 12. Eventually she realized that didn’t look good and stopped fibbing about her age, but would never actually cop to it. Once she met the grandkids, she told HER kids that if she knew having grandkids was that much fun, she would have skipped having the kids part… cause they were not nearly as fun.

She is preceded in death by her parents, her beloved husband Paul, her brothers Donald and Sherrill Hicks. She leaves behind a brother Jim Hicks, her son, Greg and his wife, Wendy, her daughter Sandy Burazer and her husband Mike, her grandchildren Cailtin, Zack, Jason, Adam and Spenser and many nieces, nephews and so many friends who became family along the way.

Dot will be missed…. When you look up at all the stars on clear night, watch closely, you may see YOUR Dot shining brightly and sending down her love and protection.
Bless you Mom, I miss you.
Sandy

To send flowers to the family or plant a tree in memory of Dorothy Roper, please visit Tribute Store
Wednesday
8
December

Share Your Memory of
Dorothy
Upload Your Memory View All Memories
Be the first to upload a memory!
Share A Memory
Send Flowers