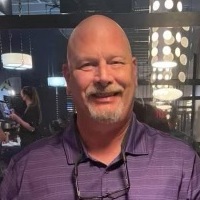 William Ronald "Ron" Jones, 56, of Charlotte, North Carolina, and East Bank, West Virginia, passed away Sunday, August 1, 2021. Born Monday, July 5, 1965, in Beckley, West Virginia, he was the son of the late William Jerrell and Shelma Shrewsbury Jones. Ron was a "Jack of all Trades" with a serving heart. He served his country in the U.S. Army and spent time as a Paramedic, with the Department of Defense, as a Truck Driver and most recently as a Master Chef. Ron had a wonderful sense of Adventure and enjoyed taking long trips on his Victory Kingpin. He even full-filled his lifelong trip to Sturgis, South Dakota, with his loving wife.

In addition to his parents, Ron was preceded in death by his brother, Richard Edward Jones and half-brother, Allen Jones.

To send flowers to the family or plant a tree in memory of William Jones, please visit Tribute Store
Print
Share A Memory
Send Flowers