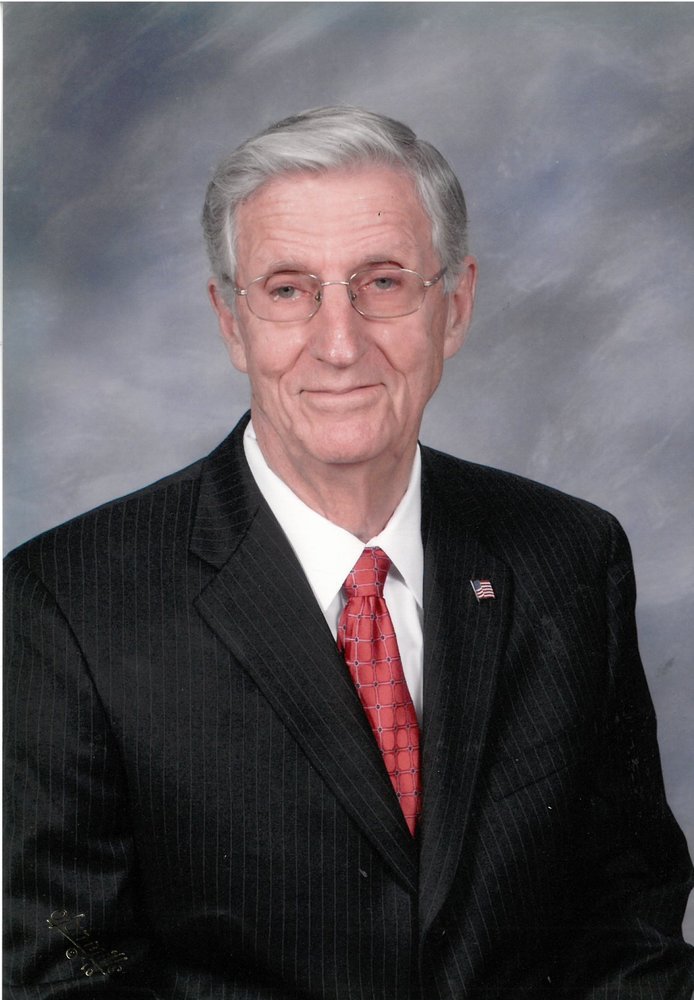 Jimmy Lum Bowlin was born in Charlotte NC on November 11, 1931, to late Columbus and Catherine Bowlin. His grandfather started taking him to church when he was 5 years old and that started his journey serving the Lord. He proudly served in the US Army during the Korean War. He married the late Barbara Vick in 1955 and had four beautiful children, Mikey, Melissa, Vicki, and Barbea. Mikey went to heaven early at age 3, but he never forgot the short time they spent together, and in his last days, he could be heard talking to him. He worked for Southern Bell for 15 years, but spent most of his career at IBM, where he retired as a Space and Facilities Engineer. He was proud of his career since he did not have the benefit of a college education, but he worked his way up to a managerial position. He was very active in his churches, First Baptist Church in Cary, NC and Pritchard at South End in Charlotte. He served in the preschool department for almost 50 years, starting out there because his baby Barbea would not stay in the nursery without him. He loved the nursery and bought goldfish for all his little friends. He loved serving with the Baptist Men as they traveled to many disaster sites to help clear debris and helped rebuild the houses for the people who lost everything. He went to New York after 911 and helped clean apartments damaged in the terror attacks. He went to Germany twice to help rebuild a church. Wherever there was a tornado, flood or hurricane, he was there to help, whether it was in Mississippi, North Carolina or Louisiana. He was always the first to sign up when there was a need. Locally he helped build many handicap ramps and other improvements where needed. Where there was a need, he was there and most of the time, he did not even know the people he was helping. He loved spending time with his sons-in-law, Andy and Frank, grandchildren, Phillip (Rachael), Sarah (Dan) and Christopher (Chelsea) and his great grandchildren, Tyler, Lucas and Tatum. He loved attending his high school luncheon each month called The Tech High Lunch Bunch. He was in charge of taking the tickets for the door prizes and always made sure he was the first one there, even if it was an hour early. He also loved Saturday morning breakfasts with men from his church and was again, always early getting there to save their booth. He also loved the Carolina Tarheels, Atlanta Braves, word search puzzles, Pepsi Cola, trips to the mountains, playing golf, and watching Jeopardy and Wheel of Fortune every night. He also made sure he read his Open Windows devotional and his Bible every day. He was a man who loved people, and loved his church.  Jimmy made a difference in the lives of so many and will be greatly missed. He cherished his family and spent many loving years with special friend Jimmie Philbeck, who became a part of our family. He loved his brother Nick and his wife Betty.

The family will receive friends on Monday, May 24, 2021 from 11:30am to 1pm at Pritchard Baptist at South End, 1117 South Blvd. Charlotte with a funeral service beginning at 1pm.  Interment will follow at Forest Lawn West Cemetery, Charlotte.

Memorials can be made to Pritchard at South End Helping Hands 1117 South Blvd, Charlotte NC 28203.

The family wishes to express a special thank you to his caregiver Verdell, and Hospice of Lincoln County.

To send flowers to the family or plant a tree in memory of Jimmy Bowlin, please visit Tribute Store

Share Your Memory of
Jimmy
Upload Your Memory View All Memories
Be the first to upload a memory!
Share A Memory
Send Flowers