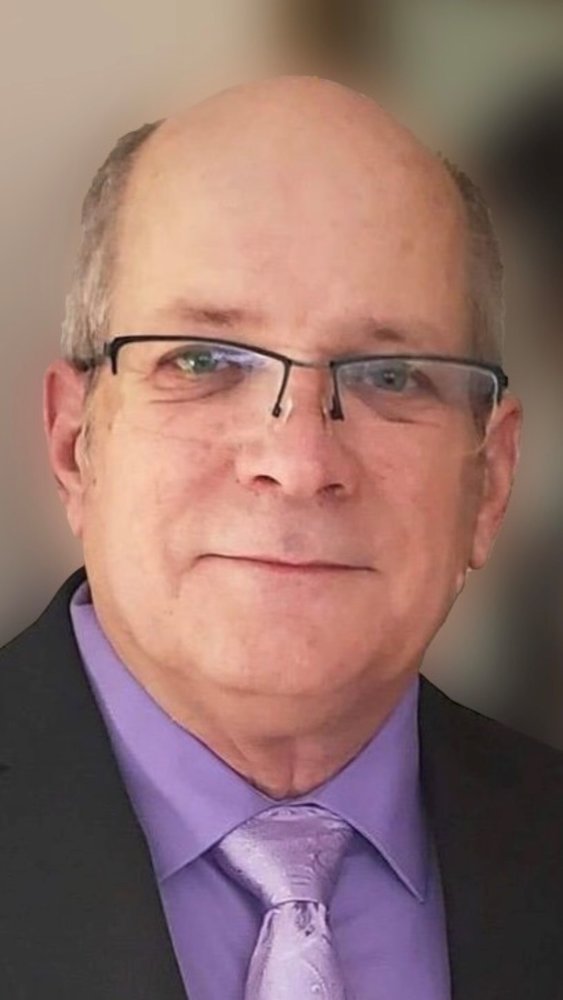 Gilbert Raymond Cooper Jr. (Ray) passed away on April 16, 2021 after a brief but fierce fight against lymphoma at Carolinas Medical Center in Charlotte.

Ray was born in the Steele Creek community in southwest Charlotte, December 9, 1955, the youngest and only son of three children born to Gilbert Raymond Cooper and Emily Craig McGinn Cooper.  From his earliest days Ray was full of curiosity for how things were put together and how they worked, a jack-of-all-trades following in his father’s footsteps, as the farm tools and vehicles always needed repairs. A particular sign of success was to complete a project without having a mysterious part or a handful of screws or bolts left over! Although he had no formal education as an engineer, from an early age he was a visionary when working with all types of motors and vehicles.  He was a Boy Scout as a young boy, but as a teenager his heart was stolen by the youth division of the Charlotte airport’s Civil Air Patrol where he learned air navigation and flight skills.  A natural extension of air navigation was a deep interest in astronomy that lasted and entertained Ray all his adult life.

Shortly after graduating from Charlotte’s West Mecklenburg High School, Ray joined the US Army as a mechanic and had several different post assignments during his two years of peacetime duty in the US.  While stationed near Portland OR, he met Patricia Ann Clark with whom he shared many interests.  After his discharge from the Army, Ray took Patty east to meet his family and they married at historic Steele Creek Presbyterian Church in Charlotte in April,1976. They returned to the Portland area to make their home where Ray enjoyed a long career associated with the Jim Weston GM auto and truck dealerships as well as various divisions of General Motors Corporation.  Ray and Patty had one son, Raymond Bruce Cooper, who lives in Sherwood OR with his wife, Missy Chase Cooper.

Ray remains known among his Weston and GM co-workers as someone focused on commercial vehicle safety. He held several patents for the invention of hauling parts that minimized towing vehicle lane drift and was a skilled team leader for motor and transmission repair for big trucks as well as consumer vehicles. As he grew older, he moved into GM training management roles at Mr. Goodwrench schools to share his knowledge with a new generation of shop managers. As vehicles became more and more computerized, it was a natural extension for Ray to learn vehicle parts and repair computer systems needs and he was an early designer and implementer of network systems for GM dealerships in the Pacific Northwest. While the computer has become the critical component for automotive devices today, Ray was the one resource, even in retirement, for those problems that were with parts rather than computers. His tribal knowledge of GM trucks is still legendary!

Work wasn’t totally consuming: Ray spent much of his free time helping others, not only with their vehicles and computers, but also with construction, yard work, and many other tasks. He and Patty fostered dachshunds and always had a herd of dogs at their home; many friendships were made with folks who protected and raised those sweet-spirited creatures.  The heavens called to Ray often; he and Patty spent countless weekends with friends in the eastern Oregon desert watching the stars and especially sharing with young people the ways the stars guide navigation. He was an avid member of OMSI and loved the occasions when stargazers met to share their experiences with the stars. He met all people easily and was eager to be a help anytime. He was a “give the shirt off your back” kind of person who never met a stranger.

Friends were many, too numerous to list here, but the friendship of Portland native Mike Lehne would last a lifetime. Mike was the brother Ray never had, and together the two had many common interests. They took countless sick children on Angel Flights to the best medical facilities in the country for specialized treatments. Mike would often tell that “Ray was a great co-pilot and navigator who kept me out of trouble on more than one occasion. He was also a great tech who was always advocating for electronic upgrades on my aircraft. His vision was always ahead of industry safety trends.” Together they renovated residential and commercial properties and built computer systems to track property rentals and maintenance. The family thanks Mike especially, and many others, for loving and supporting Ray in all his endeavors.

When Patty passed away November 24, 2019, Ray was understandably sad and looked for new meaning in his life. After several months of communicating with old high school friends in Charlotte, he connected again with Gail Ledbetter Lynn. Gail’s first husband had passed away five years earlier and in each other, Ray and Gail both found new purpose and new hopes. After 48 years away, Ray moved back to North Carolina in late 2020. He and Gail were renovating her home and had recently become engaged to marry just prior to his brief illness and death. The family prays for Gail, for her grief to be comforted and for her future wellbeing. We are all sorry for the loss of what might have been.

Ray is predeceased by his wife, Patricia Ann Clark Cooper of Portland, Oregon, as well as his parents, Gilbert and Emily Cooper and grandparents William Wilson McGinn and Ruth Jeanette Fite McGinn, all of Charlotte NC and grandparents John James Cooper and Florence Gould Cooper of Nanticoke, Pennsylvania. He is survived by his son, Raymond Bruce Cooper (Missy Chase); by his sisters Jane McGinn Cooper Brissette (Peter John) of Blythewood SC and Judith Craig Cooper Simon (Maurice David, deceased) of Raleigh NC as well as nephews Jason Lewis Simon (Meredith Steele) and Aaron Joseph Simon (Katy Lim) and great nieces Amelia Simon and Salome’ Lim-Simon.  Ray was blessed to have many aunts, uncles and cousins scattered across the entire country.

There will be two services to celebrate Ray’s life. Family and friends are invited to attend one or both services:

Saturday, May 22, at 2:00 pm there will be a graveside internment service at Steele Creek Presbyterian Church cemetery, 7001 Steele Creek Road, Charlotte NC 28217.

Those who wish, may make Memorial Gifts to the following organizations that Ray loved. Please mention the address of Bruce Cooper at 15566 SW Farmer Way, Sherwood OR 97140 in addition to the name of Gilbert Raymond Cooper Jr. so that your gift may be properly acknowledged:

Or, to an organization of your own choosing

To send flowers to the family or plant a tree in memory of Gilbert Cooper, Jr., please visit Tribute Store

Share Your Memory of
Gilbert
Upload Your Memory View All Memories
Be the first to upload a memory!
Share A Memory
Send Flowers