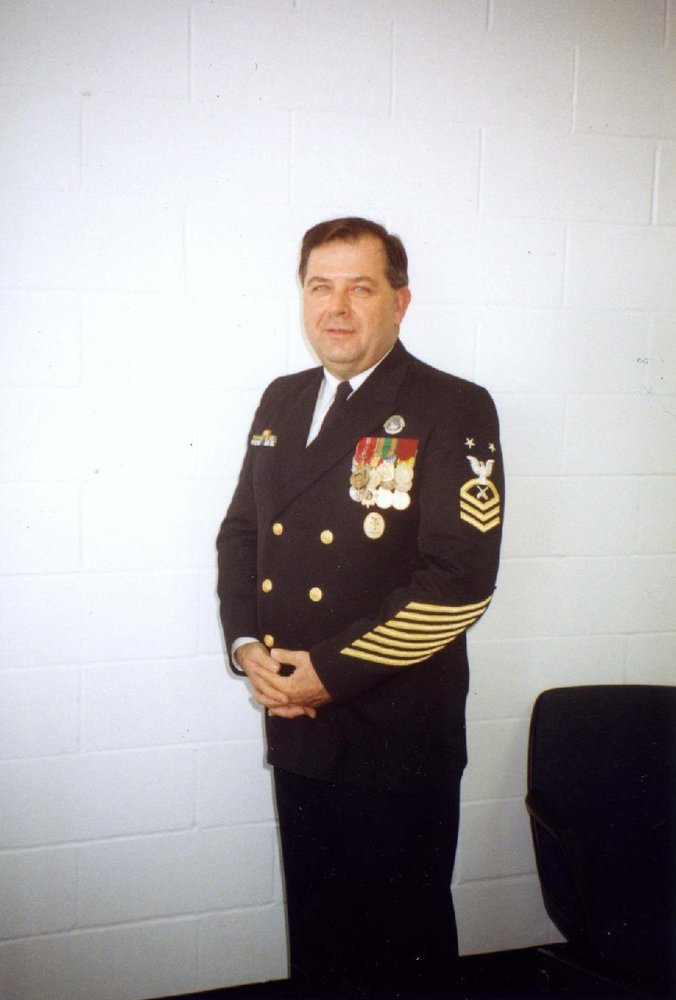 Frederick Raymond Layne, known to most as Ray, was born September 23, 1946 in Brooklyn, NY; son to Clarence and Elsie Layne and brother to Michael Layne. After graduating from high school, Ray went to work for Wall Street. He lasted exactly one week before deciding Wall Street was not for him, and instead enlisted in the US Navy.

Ray lived an extraordinary life in service to others; beginning with his 30-year Naval career.  In his four years of active duty in Vietnam, he received one of the highest awards, the Bronze Star Medal with Valor, for putting his own life in jeopardy and rescuing six men from a burning watercraft.

Returning from Vietnam to Brooklyn, Ray met his wife, Theresa, and they began what became a beautiful marriage story that would span the next 47 years.

Ray continued to serve in the Navy Reserves, where he was most known for his 20-year dedication to training Navy Seals at Guantanamo Bay, every year in the month of January.  He served in the reserves, until he formally retired from the Navy in 1996. While remaining in service to his country via his Navy career, Ray simultaneously succeeded in a career in law enforcement with the New York City Police department.  His innate capacity to serve and protect his fellow men and women was a perfect fit within the police force, and he followed that career path to become a First Grade Detective, working as a Crime Scene Intelligence Officer for the chief of detectives.

Ray's service to his country and community shaped so much of who he was as a person; it was in his roles as husband, father, and grandfather that Ray shined most brightly. Father to two sons, Raymond and Eric, Ray lived for the weekends when he could spend his time with his family, sailing untold numbers of adventures along the Northeast coast.  It was on these memorable family trips that Ray would teach his sons, not only a love and reverence for the sea, but a love for family and the importance of making lifelong memories with those you love.

After retiring from both naval and law enforcement careers in 1996, Ray and Theresa moved to North Carolina to enjoy the fruits of their decades of hard work, both at the NC coast and later in the town of Cornelius. In the years since moving to NC, Ray and Theresa saw their legacy expand by means of their nine grandchildren: Angelina, Brian, EJ, Kaydence, Charlotte, Walker, Penelope, Wilder and the most recent addition - Brooklyn, who passed her grandpa on his way out of life, as she came into life just a few days later.

Ray's grandchildren were the pinnacle of his life and character. They brought out a softness in him that was uncharacteristic of the military and law enforcement career that he had served so faithfully.  His grandchildren never knew him in those roles.  To them he was and will always be Grandpa - the one that could fix any broken toy and never had a shortage of bear hugs to spare.

We will miss you, Ray.  You left an indelible mark on all of us, on everyone who knew you.  Thank you for the legacy that you left for us all, including your beautiful blue eyes that have been passed down to your grandchildren.  Until we meet again, we love you and we know and trust you are watching over all of us, making sure we are dotting our i’s and crossing our t’s.

To send flowers to the family or plant a tree in memory of Frederick Layne, please visit Tribute Store
Tuesday
27
April