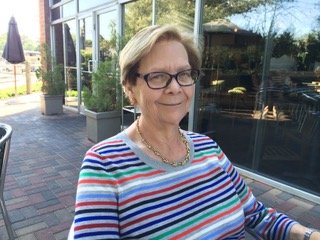 Some people collect books, or coins or seashells. Sally Hunt collected friends. Their lives – and hers – were so much the richer for it. She passed away peacefully at her home on Tuesday, April 6, 2021. She was 72 years old. A native of Toccoa, Georgia, Sally lived in Charlotte for more than five decades.

Her parents, Mary and Henry Hunt, preceded her in death. Several cousins and her beloved dog, Lily, survive her.

Her entire life has been centered on her family (including her pets), her church, Myers Park Methodist, and her many, many friends. She treasured these relationships and loved spending time with those close to her.

Sally graduated from Myers Park High School and The University of North Carolina at Chapel Hill. Her true allegiance, though, was to Clemson, the alma mater of her father and her beloved cousin, Miels Smith.

Upon graduation, she put her new degree in mathematics to work as a teacher. She later worked in the financial arena for Belk. From there Sally moved to Information Technology for Atrium Health (which was then called Carolinas HealthCare System). It was during her tenure of more than 20 plus years at Atrium that Sally was able to make a significant and positive impact on patient care through her unparalleled knowledge of how to mine the data needed by the patient care team. It seemed there was never a piece of needed information that Sally could not easily access. Those who worked closely with her knew that her work was never as easy as she made it appear, but those who sought her help thought she had a magic wand.

Every one of her friends and colleagues has many stories of how Sally helped them through a difficult time or taught them something important that helped them better perform their job. Sally was a good listener and a great teacher.

A very special thank you to Beth Mobley and Joyce Martin for their care of Sally and Lily.

She was a dear friend to many and will be greatly missed.

A celebration of Sally’s life will be held at 3:00 p.m. Saturday, May 22, 2021 in the Small Chapel at Myers Park United Methodist Church. A visitation with friends will be held following the service.

In lieu of flowers, Sally would prefer a donation to your favorite animal rescue organization.

To send flowers to the family or plant a tree in memory of Sally Hunt, please visit Tribute Store
Saturday
22
May

A Celebration of Life

Share Your Memory of
Sally
Upload Your Memory View All Memories
Be the first to upload a memory!
Share A Memory
Send Flowers