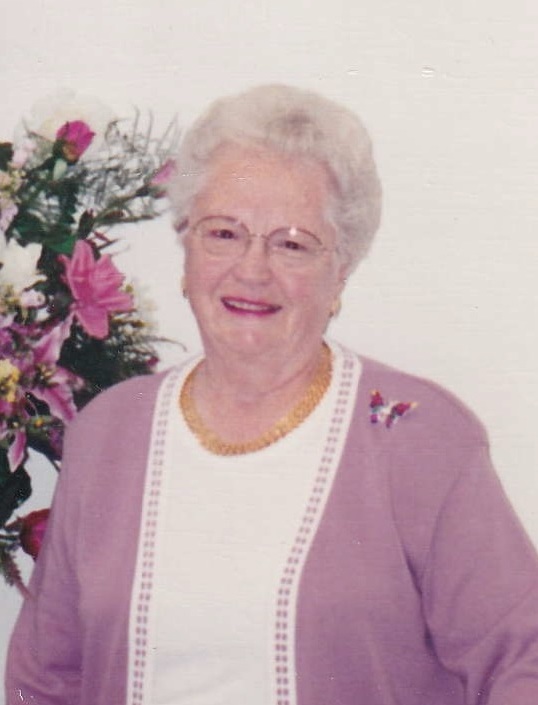 Mrs. Mary Davies Martin, age 99, died March 25, 2021 at Novant Matthews.  She was born May 10, 1921 in England, a daughter of the late James Leonard Davies and Sarah Ann Powell Davies and was the wife of Charles W Martin who predeceased her in 1997.  Mrs. Martin was an a member of Pritchard Memorial Baptist Church, Charlotte where she taught Sunday School, sang in the choir and played handbells.  She also played the piano, crocheted and sewed.  She liked to attend the many activities of her children and grandchildren such as sporting events and musical concerts.  She had retired from Barclays American as Assistant Treasurer.

Mrs. Martin was preceded in death by her brother, Leonard Davies and sister Ruth D Audin and a son-in-law, Monty Beaver.

A graveside service will be held at 1:00 p.m. Monday, March 29, 2021 at Forest Lawn East with Rev. Bobby Morrow officiating.

Suggested memorial contributions may be made to Pritchard at South End, 1117 South Blvd, Charlotte, NC  28203.

To send flowers to the family or plant a tree in memory of Mary Martin, please visit Tribute Store
Monday
29
March

Share Your Memory of
Mary
Upload Your Memory View All Memories
Be the first to upload a memory!
Share A Memory
Send Flowers