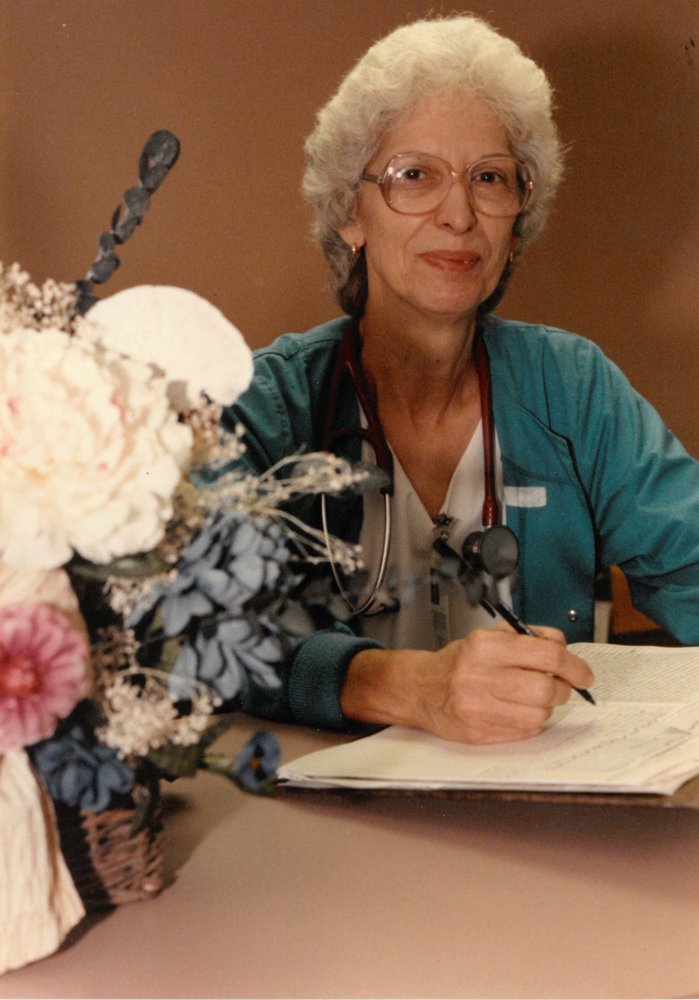 Fay grew up in Anderson, SC. After high school she attended The Grady Memorial Hospital School of Nursing graduating and becoming a registered nurse (RN) in May of 1956.  She served as a Registered Nurse for over 40 years, 32 of those years with Mercy Hospital in Charlotte, NC in the CCICU unit, where she received many accolades and awards.

Fay married John Wade Alderman, Sr. in 1956 in Chester, GA.  They were married for 50 years until Mr. Alderman’s passing in 2006.  Fay was a member of Sardis Baptist Church in Charlotte, NC where she enjoyed fellowship with many friends.  Fay was a voracious reader often reading hundreds of books yearly, including her favorites, murder mysteries.  Fay also enjoyed working in her yard, her bridge club and many book clubs.  She was a rabid Atlanta Braves fan and rarely missed a Braves game on television.

Fay will be remembered for always putting everyone else before herself.  She rarely if ever complained and always had a smile for everyone.  Fay never had a negative word to say about anyone except possibly for whatever team was playing the Braves.  Her three sons enjoyed visiting with her and she would always “whip up” some fried chicken or banana pudding.  Fay was a very strong woman and her sons lovingly named her “The Original Georgia Warhorse”.  Her son Dale was her primary caregiver the past year of her life at her home.

Fay was preceded in death by her husband of 50 years, John Wade Alderman, Sr.; her parents Collis Washington and Elise Rawlins Dykes; her brothers David Dykes and John Dykes; and her step grandchild Mary Collins.

A private graveside service will be held at Sharon Memorial Park in Charlotte, NC on Tuesday, December 29, 2020.

In lieu of flowers the family requests memorial donations be made to Sardis Baptist Church, 5811 Sardis Road, Charlotte, NC  28270