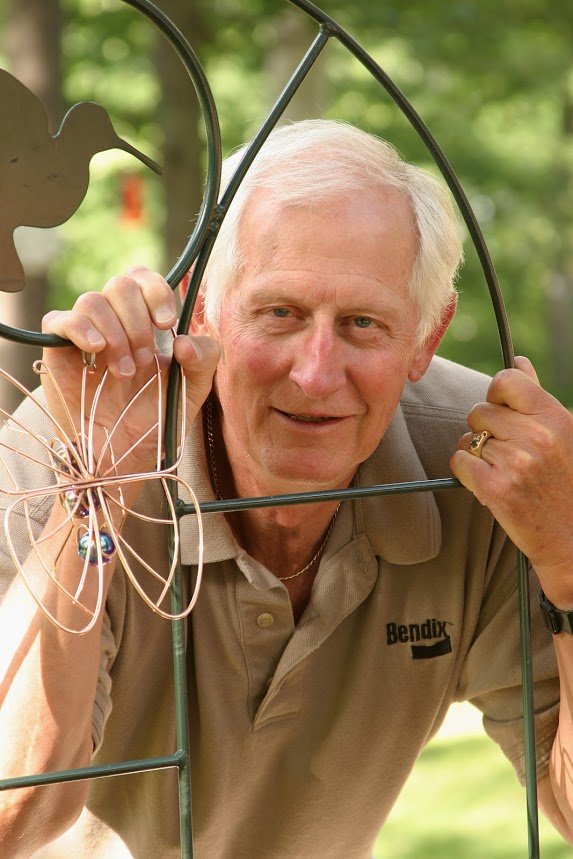 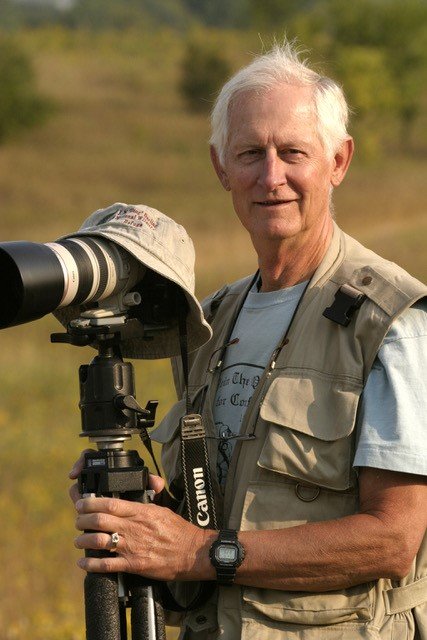 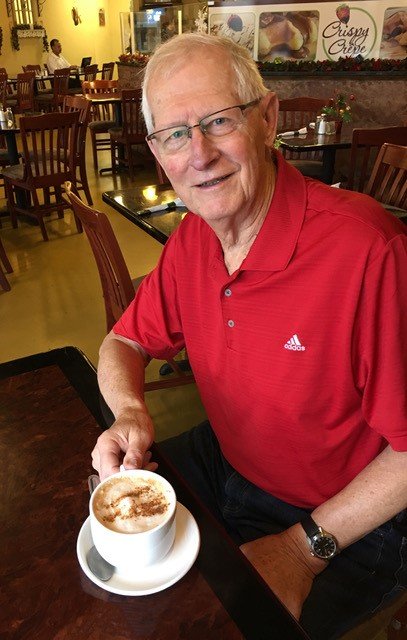 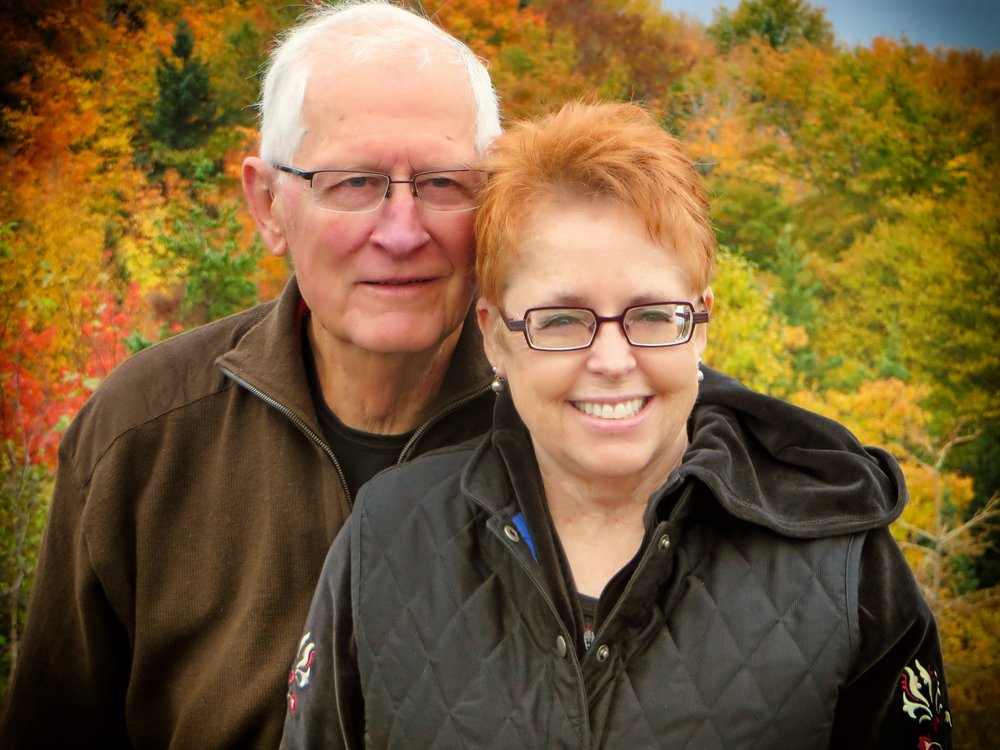 In these times of COVID, and for the safety of everyone they love, there will not be a visitation or memorial service. Ron will be cremated and there will be Remembrance Ceremonies in the spring in Charlotte, North Carolina and in Wisconsin for family and friends there.

In Memory of Ronald Lee Pluim, age 84, who passed from heart failure on November 14, 2020 at home in Matthews, North Carolina.

Ron was a good person with a kind heart. He was generous, supportive and fun loving with a wry sense of humor. He always saw the best in everyone and found enjoyment wherever he was in life. An indication of Ron’s positive attitude was his favorite song “It’s A Wonderful World”.

Born in Waupun, Wisconsin September 26, 1936 his first educational experience was a one room country school house a several mile walk from home where he says “he was the smartest kid in his class” as he was also the only one. He graduated Waupun High School in June 1954 where he played football and excelled in academics.

A hard work ethic was something Ron learned while growing up on a farm. Later he either built or supervised the building of three houses and, at 69 years old, he jumped right into yard and finish work on yet another home for retirement.

He was inducted into the U.S. Army January 17, 1955, serving briefly in Korea and Japan after basic training in Fort Leonard Wood, MO, and electronics school at Ft. Monmouth, NJ. His return from Japan was in a troop ship where he said he has never been so sick and tended to avoid water and boats for the rest of his life.

Ron was a 1961 graduate of the University of Wisconsin Madison College of Engineering, For more than 21 years (1961–1982) he was employed by the State of Wisconsin as a transportation civil engineer. He later moved to the private sector first working for the engineering consulting company of Barrientos (1982–1990), Madison, WI where he specialized in bridge design. He completed his career as President of Westbrook Associated Engineers, Inc. in Spring Green, WI from 1990-98.

He married (then divorced) Linda Schaldach and has children Karen Pluim and Carl Pluim. Ron raised his family and spent most of his career in or near Madison, Wisconsin. This November he and his partner, Maureen Breininger Hlavacek, celebrated an amazing journey together of 30 years of love and friendship.

First his family lived in a home he built in Madison and then in a log home he built near Cross Plains, Wisconsin. Later, he and Maureen would enjoy condo living in the Madison area. After Maureen’s retirement in 2005, they moved to Lake Wylie, South Carolina and then to Matthews, North Carolina where they lived in a senior community – Windsor Run.

Time with Karen and Carl and their families and gatherings with his family and Maureen’s family, both north and south, were special. His brown sugar peanut butter cookies, rice Krispy bars and grilled shish kabobs were staples at many family events. His children say that he was a good friend and an example for them of an honest and ethical person.

His passion was golfing where he carried a low handicap for many years. He loved and played all kinds of sports - baseball, softball, basketball, tennis, racquetball and biking, excelling at whatever one he chose. He was usually also a winner in family games. Of course an avid Green Bay Packers and UW Badgers football fan.

Ron and Maureen shared many hobbies including biking, golfing, reading, gardening and cooking. She took up woodcarving with him and he tried scrapbooking with her. An important hobby together was nature photography. They both loved nature and traveling and spending time in all types of natural areas. Ron particularly loved photographing birds.

They discovered over the years that the most valuable part of their photography was taking family photos and they photographed everything from weddings to reunions to family groups. A photo of his mother was a special favorite, and his niece Lois made a beautiful family quilt with the photo as a centerpiece which was then featured in a newspaper article.

Also very important in their lives was traveling with and visiting friends and family. Some special memories include Washington D.C. with daughter Karen and husband George, rock climbing with son Carl, photography outings with friends Pat and Gary Nebel, visits with friend Fred Schaldach, traveling to the western national parks with some of Maureen’s family, biking and golfing with Dan & Shari Graney and visits from and to nieces and nephews.

Maureen would like to express gratitude to Hospice and Palliative Care of Charlotte and Bayada Home Health Care who provided valuable advice, assistance and care and the community at Windsor Run who provided support and friendship to both Maureen and Ron.

In these times of COVID, and for the safety of everyone they love, there will not be a visitation or memorial service. Ron will be cremated and there will be Remembrance Ceremonies in the spring in Charlotte, North Carolina and in Wisconsin for family and friends there.

Maureen, has created a video of his life which can be viewed at https://photos.app.goo.gl/wfgLSdZSyVpNmwYk6

You may share your thoughts, experiences and memories of Ron on the Tribute Wall of his obituary at Hankins and Whittington Funeral Services.

Ron wishes no flowers, instead please make gifts in his memory to either:

The Nature Conservancy, who have purchased and protect more than 125 million acres of land. Donate on line at https://www.nature.org/en-us/membership-and-giving/donate-to-our-mission/other-ways-to-give/honor-and-tribute-giving/  OR send to The Nature Conservancy, 4245 North Fairfax Drive, Suite 100, Arlington, Virginia 22203-1606

Hospice and Palliative Care Charlotte Region. On line donation page at https://www.hpccr.org/give/make-a-donation or by mail to 7845 Little Avenue, Charlotte, NC 28226

Share Your Memory of
Ronald
Upload Your Memory View All Memories
Be the first to upload a memory!