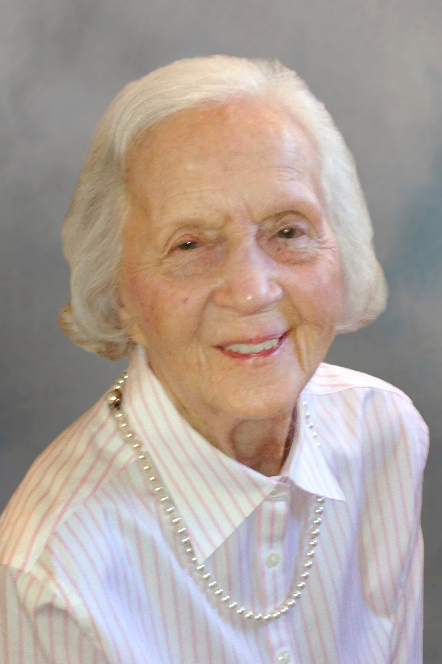 In Loving Memory of

Claire loved family and came from a family of 5 sisters and 3 brothers, growing up in Minnesota on the GADE FARM. She would love to share stories with her grin, of growing up with her 8 siblings, and meeting her husband Edward Mayer at the bowling alley in Bismarck, with of course, details of her outfits.

Mrs. Edward E. Mayer set the bar for etiquette, was a master of French cooking and her families' favorite, caramel pecan rolls. The only 2 that could break the rules on a regular basis were Clara Bella and Lulu, beloved Beagles who were family over the last 14 years.

Claire was recognized as being the best hostess during family visits, always making sure she had prizes for her grandchildren, including shopping trips for the latest fashions! She would have long summer visits from her grandkids and bring them to the office and teach the value of hard work, the youngest usually left at Opa and Ohme's while the rest of the family headed for the beach. Her legacy of building candy churches has carried on as a favorite family tradition across the generations!

Claire was a true pioneer of her time, one calling her a member of the Greatest Generation, not to be limited to men only. Claire led a full and independent life running Manor Homes of Virginia and it was said about her that "happiness was buying a home from Claire".

The daughter of Edward and Martha (Geffert) Gade, Claire's life took her from a large family farm to living abroad and over 10 states, excelling at Okabena High school academically, athletically and as she would tell playing the clarinet. Looking through Claire's memorabilia, it was fun to see what she saved. Many years later, the Okabena Concert Band received a star rating at the District level and the seniors went to Washington D.C. where Claire and Ed hosted them at the Officers Club at Ft. Meyer and the Pentagon. It was a special time as her niece Sandy Gade and nephew Bob Gunther were on that trip. After high school, Claire headed to Bismarck, N.D. to join her sister at college where she really did meet her future husband Ed when substituting in a bowling league. In 1942 she took a train to Little Rock, Arkansas to marry Lieutenant Edward Mayer. They were married for 37 happy years until his untimely death in 1979, at age 60 when Claire was just 58 years old. With Ed's service in so many areas of Special Forces and unconventional warfare - now called special Ops, Claire was duly proud of his service as Commander of 7th Special Forces and Director of Special Ops for the Joint Chiefs of Staff at the Pentagon, his last military assignment before retiring and joining the BDM Corporation for the next 5 years.

Claire's life epitomized a modern woman, combining parenting and the world of work over her lifetime. Pat was born in Paris, Texas the day before Ed left for the Battle of the Bulge and Eddie in Tokyo, Japan during the occupation. With a twinkle in her eye she would joke to Pat when she was asked where she was born to reply, “Paris”! Claire served in the 50's with the American National Red Cross as Director of Volunteers in the European theatre. In all of her times on military posts, whether overseas or stateside, Claire was active in the Women's Clubs and took on many leadership responsibilities, including helping run the Thrift Shops and at Ft. Riley, Kansas serving as a hostess for the monthly Junior Hop. Pat was there wearing her poodle skirt.  Claire served as brownie and girl scout leader and served as Neighborhood Chairman for the entire Ft. Benning area and was recognized for her work in scouting. In her scouting role in Wurzburg Germany, she attended the Girl Scout Swiss Chalet World Center In Switzerland at the 34th National Convention Council of Girl Scouts in 1957. At Ft. Benning she was a strong supporter of the Youth Activities Center and one of her proud moments was winning the best decorated cake contest in support of YAC. Her cake sold for $100 to a doctor at Womack Hospital and in those days $100 was huge. That was one of her trophies she held on to!

There was always time for fun and during those years Claire and Ed spent time on the golf course and both were Life Master bridge players. She never missed one of Eddie's basketball, hockey or baseball games and took the train from Omaha to Missouri to watch Eddie play in the Little League baseball championship. While living in North Carolina, the family enjoyed time at Lake Lure in the mountains and each evening at 5 pm Ed would take Claire out for what she called an "old lady ride" with an extra slow ride around the lake. She was always afraid of the water growing up and never outgrew it, but loved those rides.

While in Paris, France, Claire graduated from the L ‘Ecole Du Cordon Bleu in 1966. She was a terrific cook and baker. On to Stuttgart, Germany, Claire was "accepted" as a member of the German American Women's Club. This club was to strengthen international friendshipsimilar to her woman's club in Paris. Few Americans know the important role military and diplomatic wives play in advancing America’s role in the world. Claire exemplified the very best. During her marriage, Ed had several hardship tours, including World War II, (two) tours in Korea, Vietnam and secret special operations, including the Dominican Republic. Claire met the challenge of managing a household and raising the children alone. Army wives are truly unmet heroes.

During life in McLean Virginia, she founded Manor Homes of Virginia in 1978 after several years at Town and Country Realty. She was an astute businesswoman and served her clients in the best way, principally in Fairfax County and the Middleburg farm country. Her son Eddie moved from Tennessee to join her and they had many years of success in real estate.  At that time also, Eddie was involved in Fox Hunting and competitive Polo and had polo ponies so Claire often could be found at the polo grounds or the arena watching Eddie compete. Her favorite however was the beautiful grey foxhunting TB Ghostbuster. Claire loved going out to the barn and pasture to give Ghostbuster his treats. As a young girl she had ridden horses and so this was a happy time for her.

Claire and Ed were members of The Redeemer Lutheran Church in McLean, Virginia where she was known for wearing her beautiful hats each Sunday and the only other person wearing a hat was the congressman's wife. Nowadays this is a time gone by. She was a woman of great faith and always saw that Eddie and Pat went to Sunday School and through confirmation. The 10 commandments were to be known and followed. After Ed passed away, Claire especially enjoyed going to Wolf Trap for outdoor concerts with her friend, Kathryn Eberhardt from Eberhardt Jewelers. When Claire started in real estate, she always gave a gift to her clients from this fine jewelry store and Ed would always joke she wasn't making money being so generous. Birthdays each year were a girl’s affair with Parvane, Sugar, Judy and Pat at the Hunan on Chain Bridge Road. The staff would fuss over Claire and each year she had a Polaroid picture to take home as a souvenir.

During this time, Claire was also active in the Republican Party and went to several state conventions in Richmond, Virginia, including taking Pat and Katie with her. They were not allowed to go onto the convention floor, but could attend the fun parties. Pat had to mind her P's and Q's. Later the Republican party in Virginia changed to a primary system for choosing their candidates. From the National Republican Congressional Committee, Claire received the 2003 National Leadership Award as Honorary Chairman of the Business Advisory Council. She was also involved with a women's group supporting George Mason University in its formative years.

Claire and Eddie had many wonderful trips to the west coast to see her sisters Edna and Helene and then go to Tahoe for Eddie to ski and for Claire to enjoy the Casino and a fire in the Lodge.

In 2005, Claire moved to Hobe Sound, Florida, to make her home with Eddie. She experienced her first Hurricane, Wilma, and enjoyed the courtyard house with a fountain cascading into a small pool. She spent many hours out there when the weather cooperated. But the highlight of those years was the addition of the Beagles joining the family. Clara Bella and Lulu as they became the joy of Claire's life, named after her and her sister Lu. Next stop was to North Carolina with Eddie, where she was able to be closer and spend time with her family in Charlotte.

Claire enjoyed her Aldesrgate Community, including the Country, Rock and Roll and forties music concerts in the atrium, and especially when her great grandkids Sara, Riley Claire & Andrew came to visit. All four really enjoyed going to the ice cream parlor too! At her age, the great grandkids brought her so much joy and they competed for who got to push her in her wheelchair, to her great delight!

Claire passed away peacefully, and our family is at peace. She will be joined with her beloved Ed at Arlington National Cemetery in the late spring or summer. Notice of the date will be found on Eddie's Facebook or the funeral home site, Hankins and Whittington Funeral Service. www.hankinsandwhittington.com.

This obituary for Claire Mayer is for her family and friends. We hope we captured the essence of Claire. A remarkable woman who lived months shy of a century.

"God will wipe every tear from their eyes.

Death will be no more;

mourning and crying and pain will be no more,

for the first things have passed away," Revelation 21:4

Our Family wishes to thank Hankins and Whittington and Pastor Ingold for honoring Claire with love and care and give our upmost gratitude to the Aldersgate Community. Pat and Eddie especially want to thank the Blue Jay Lane CNA's.

For the last three years, Claire was a resident of the Blue Jay Neighborhood, where she received excellent care at her “home away from home". They were the most important people in Claire's life during the last 7 months when covid restrictions were in place and Pat and Eddie could only visit through Facetime.

A bond was formed with these incredible caregivers that can never be forgotten. From the nursing staff led by Elizabeth, activities organized by Lydia, spiritual needs from Chaplains Karen and Denise. Darlene and Delia at the Spa, who kept Claire beautiful and the water out of her ears! And most importantly, the shift CNA's, Cynthia and Gail, Barbara and Vivian, Perla, Penny and Kathy, and formerly Hilda, we send our heartfelt thanks and everlasting gratitude.

Memorials may be made to:

In a Special Forces family, every member serves. Support SF families before, during, and after each soldier's deployment through community events, tuition assistance & family care.