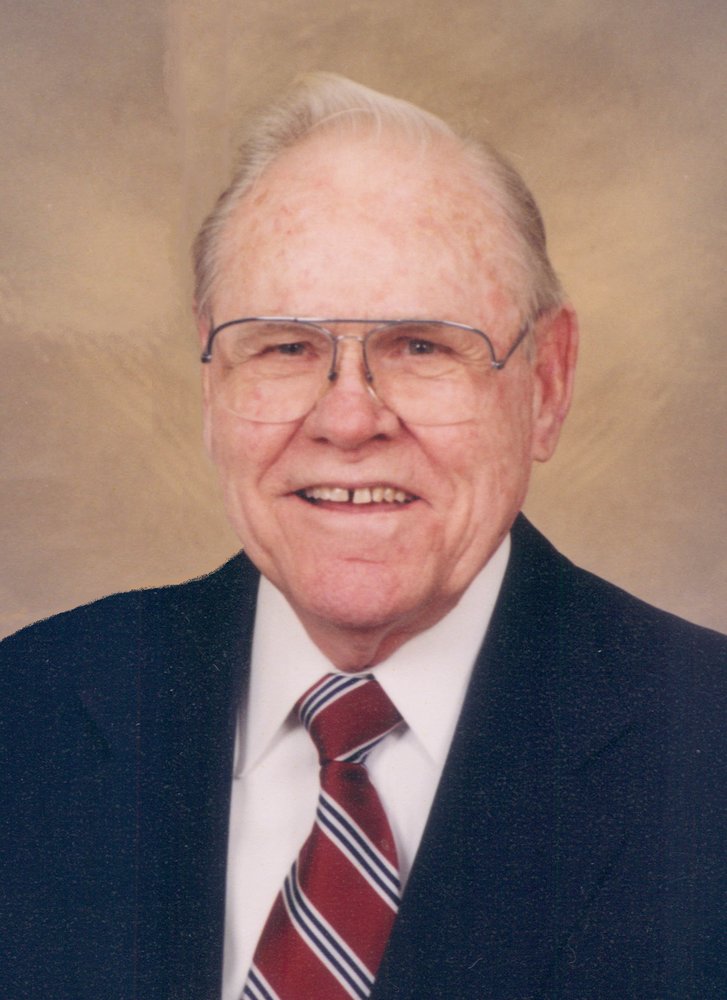 Lucian Nicholson passed from this life into Glory on Monday, September 15 in the same way he lived life, without much fanfare, but always certain of getting where he was headed.

He owned – along with his partner, C.C. Leonard – Leonard and Nicholson Royal Tire Service in Charlotte from 1956 until his retirement in 1987, totaling forty successful years in the industry. He loved God, his family, building his business, and travelling to exotic places, but no place delighted him as much as home, a fifties brick ranch on a corner lot in Cotswold.  There he could watch SEC football, Atlanta Braves baseball or look out the picture window of his den and see which birds were at the backyard feeder. He was always dressed for business, even when he relaxed after dinner with our mother.  More than once, his vacationing family would gaze from their beach blankets as he drove up and down New Smyrna Beach in full business attire, happily air conditioned in his Buick Electra waving casually as he passed.  Leisure wear included lounging in his suit slacks, dress shirt collar unbuttoned, and necktie loosened only slightly.  Even dressed this way, he enjoyed tickling his grandchildren on the couch, reading political non-fiction, or laughing through every episode of The Andy Griffith Show, at least the 159 black and white ones.  Way back in the day, he was a scratch golfer, too.

He joined Providence Baptist Church in Charlotte shortly after moving to Charlotte in 1956. There he was chairman of the usher committee and led his family in active membership for many years.

He was born, the sixth of eight children in Booneville, MS, 100 miles south of Memphis, on December 18, 1921 to Finis Atley (Jim) Nicholson and Leanna Lowrey Nicholson.  When he was eight the Roaring Twenties ended with the Crash of 29, marking him and millions in his generation for hard work, thrift, and self-reliance.  He graduated from Booneville High School in 1941 as class president and star running back on his football team.  He had barely finished the first year at Union University when he enlisted in the Army.  After four years of service, he was honorably discharged as Staff Sergeant at the end of the war.  Three years later, he met Lorraine Adams, a lovely brunette from Valdosta, GA and a year later they were married and stayed happily so for 63 years until her death in 2012. Theirs was a classic Leave It To Beaver household, and a happy place to raise two sons.

Those who knew him best will remember him as a kind Southern gentleman, almost courtly. Through the valleys, he never complained, at least, not that his family remembers. If his team was losing, there was still the second half and without question, the best was yet to come. He loved American History and revered his own family’s heritage.  One of the finest gifts he ever bestowed was a complete genealogy of the Nicholsons from White Haven, Cumbria in northern England, from 1648 to the present.  He was humble, but not self-effacing; confident without conceit; reserved, but with a touch of amiability that wore well with his employees and with his customers.  He could win people’s trust easily and would prove himself worthy of it again and again. Oh, he will be missed for who he was, one of the finest men of the Greatest Generation.

“But we do not want you to be uninformed, brothers, about those who are asleep, that you may not grieve as others do who have no hope.” 1 Thess 4:13

Hankins & Whittington is serving the Nicholson Family.  A private memorial service honoring the life of Lucian Nicholson is scheduled to be held at Providence Baptist Church. For those of you who will be in attendance: please enter the church on Hunter Lane and take the first left turn into the Main Sanctuary. Masks and Social Distancing are Required. Thank you for your understanding.

Feel free to leave the family your condolences via the tribute wall provided.

To send flowers to the family or plant a tree in memory of Lucian Nicholson, please visit Tribute Store
Print
Share A Memory
Send Flowers