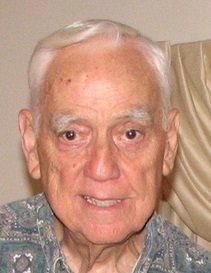 James Dewey Smith, 88, of Harrisburg, North Carolina, passed away Saturday, July 4, 2020. Born April 9, 1932 in Raleigh, North Carolina, he was the son of the late James and Ruth Puryear Smith. James graduated from Needham Broughton High School. He began his career with Southern Bell right out of high school, before serving his country in the United States Army and Army Reserves. Once honorably discharged, James continued his career with Southern Bell now AT&T. While he began his career as a line technician, Mr. Smith worked his way up in the company before retiring as part of Senior Management.

In addition to his parents, James was preceded in death by his brother, David Smith; step-daughter, Sharon Hord and her husband, Rick; and step-son-in-law, Chip Smith.

In lieu of flowers, donations may be made to the Aldersgate Hero Fund to support the wonderful caregivers on the frontline during this crisis. https://aldersgateuniversity.com/HeroFund/

To send flowers to the family or plant a tree in memory of James Smith, please visit Tribute Store