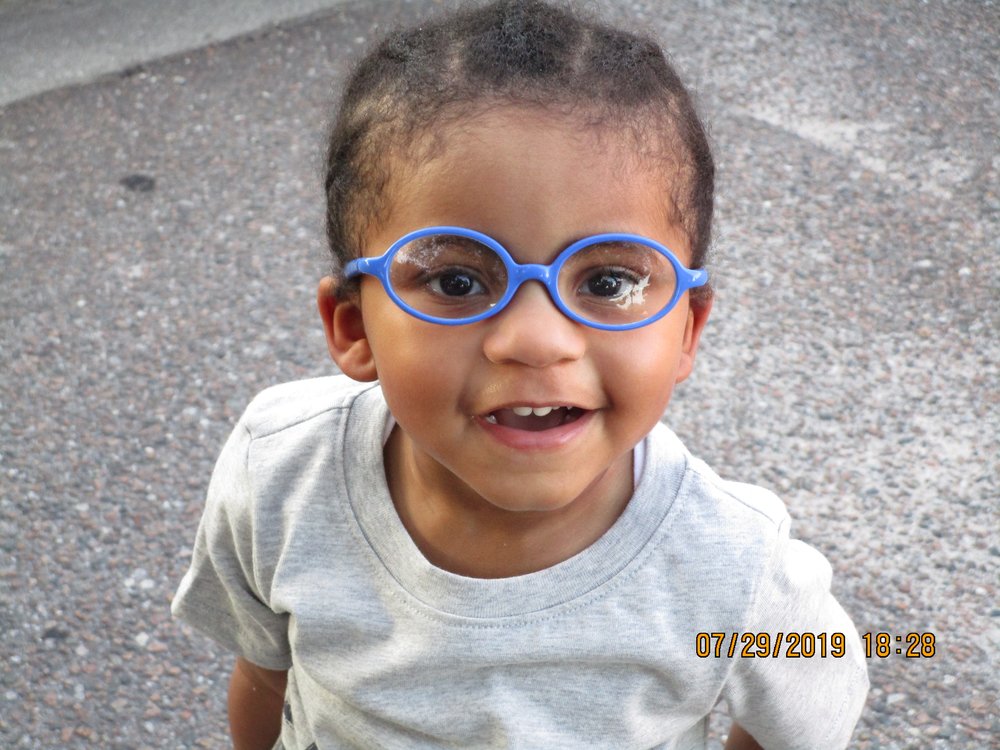 After only thirty five months on earth God called his beloved angel Charles “CJ” Vashon King Jr. home on June 30, 2020. He was born on July 27, 2017 in Charlotte, NC the son of Charles Sr. and Adrena King.

CJ was the sun, moon, and stars in his proud parents life.  CJ’s favorite TV show was Sesame Street with Elmo being his favorite character. He loved finding his favorite Sesame Street episodes on his tablet and hitting the replay button. His other favorite shows were Tec the Tractor and “Tic Toc”, which always made him stop in his tracks to sing or shake his little hips to the music. He enjoyed being with his family during annual beach trips in Isle of Palms, SC to celebrate his birthdays. When he wasn’t doing his famous dance “the King shuffle” he enjoyed riding his four wheeler, doing “donuts” in his Mercedes car, shooting basketball, listening to music, and listening to his favorite books being read. Surprisingly at a young age CJ had two favorite movies, Mrs. Doubtfire and Smokey and the Bandit. The theme song from Smokey and the Bandit, “Eastbound and Down” became one of his favorite songs to practice his dance moves. We considered him the man of the house when his Daddy was away. He always kept everyone in line with is “sassy” personality. CJ would always get in the last word getting his point across. At a young age he had such a huge heart, an appreciation for others, and a good judge of character. He made such a lasting impression on everyone he met. Words can’t begin to describe how much he will be missed, every second of every day forever and always.

CJ was preceded in death by his Grandfather Charles Edward King.

To view CJ's service, please copy and paste the link below:

To send flowers to the family or plant a tree in memory of Charles "CJ" King, Jr., please visit Tribute Store
Saturday
18
July