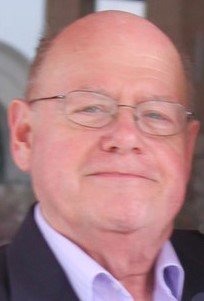 James (Jim) was born on May 12, 1946 to Everett and Mabel Boyer in St. Louis, MO.  Jim is predeceased by his wife, Joan Boyer and his brother Ed Boyer.  He is survived by his son, Chad Boyer and Chad’s wife Melissa; his son Greg Boyer; his grandchildren Megan and Nate; and his sister Mary Hager.

Jim and Joan met at the University of Missouri at St. Louis where they were both Sociology majors.  Jim went on to get a Masters in Regional and City Planning from the University of Oklahoma. His career spanned several years and states including Missouri, Tennessee, Mississippi, North Carolina, and Texas. Jim lived in the Charlotte area the past ten years to be close to his grandchildren.

Jim enjoyed staying informed of current events and could be considered a “political hobbyist” often engaging his sons on these matters. This resulted in long conversations on many facets of politics and public policy. The long talks were due to Chad and Greg having different policy expertise in fields different from Jim’s and from each other.

As a devout Catholic, Jim was looking forward to a trip to Rome this fall. Jim often went to weekly adoration and sang in his parish choirs in the past. He was an enthusiast of the organ and reveled in its place as the “king of the instruments.” Since much organ music is written for religious purposes, it was a natural fit for Jim’s interests.

A private funeral mass will be held for the family. In lieu of flowers, the family would like to have donations made to Charlotte Catholic Charities or American Lung Association.

To send flowers to the family or plant a tree in memory of James Boyer, please visit Tribute Store