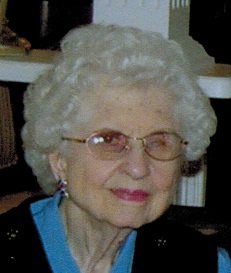 Ms. Frances Bunn Plummer died peacefully, Friday, March 20, 2020 due to natural causes at 101 years of age. She was a twenty-year resident of The Cypress of Charlotte with the last six years at The Stewart Health Center located on the Cypress campus. The family is deeply grateful for the care given her throughout those years. Many contributed to her quality of life including but not limited to Anthony, Linda, Tammy, Shantell, Margaret, Doreen, Misty and many other professional staff members of the Health Center. In addition. we would like to express our appreciation to Lisa Falkner and Jill Martino of Hospice & Palliative Care, Charlotte Region. We are very thankful for their dedicated service and contribution to Frances’s quality of life.

Due to the coronavirus (Covid-19), entombment will be held at the Sharon Memorial Park mausoleum for family only. A memorial service will be planned for a later date to be determined. Hankins and Whittington Funeral Service; 1111 East Boulevard, Charlotte, NC 28203 will be serving the family.

According to the family bible, Nora Frances Bunn was born in Durham, N.C. on May 15, 1918 to father Wallace Raikes Bunn and mother Mary Alda Beck Bunn. She was employed by F. H. Ross Chemical Co. for 33 years retiring as the Executive Assistant to the President.

Frances Plummer was preceded in death by her husband of 59 ½ years, James Jackson (Jack) Plummer. During World War II, Frances lived and worked in Washington state so that she could be closer to her husband who was stationed in the South Pacific with the 670th Topographical Army Engineers. After the war, they settled in Charlotte building a home on Pinecrest Avenue and living there until Jack’s death. They enjoyed traveling together where Frances spent many hours planning the next adventure. Each trip was documented, Frances making detailed notes and Jack taking many photographs.

To plant a tree in memory of Frances Plummer, please visit Tribute Store

Share Your Memory of
Frances
Upload Your Memory View All Memories
Be the first to upload a memory!
Share A Memory
Plant a Tree