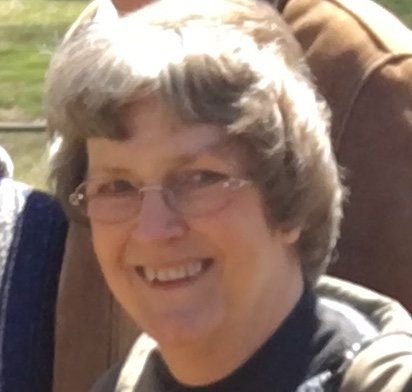 Patricia Ann Jones Williams passed away on February 20, 2020 at the age of 79. She was born in Jacksonville, Florida on August 7, 1940 to W. Ellis and Billie Hobbs Jones. She was predeceased by her parents and her sister Susan Frishman. She is survived by James H. Williams her loving husband of 58 years; her children Scotty (Craig) Reiss, Jim Williams and Doug Williams; her grandchildren Cameron and Estee Reiss, Zeb Williams, and Caitlin (Bryan) Reiss Pace; her spectacular great grandchildren Anderson and Ella Pace; and a healthy colony of bread yeast.

Ann spent her childhood in her native North Florida, a warm and handsome land of sandy soil, spring-fed streams, and massive moss-draped live oaks. She and Jim met while students at the University of Florida. In 1962 they graduated and married, then followed his job to New York State where all three of their children were born. In 1969 the family moved to Charlotte and here they have remained. While raising her children Ann indulged in weaving, spinning, sewing, and needlework of most every sort, and Jim traveled the world selling banking equipment and having great adventures. In the late 1970s Ann became interested in local history. As the nest emptied she became active at historic sites, and together she and Jim became Revolutionary War reenactors interpreting 18th century life in historic garb of her creation.

Gradually Ann broadened her interests into research and writing. When Jim retired he joined her pursuit. Before long they had become well-respected local historians, and their many fellow historians have become their second family. Jim’s interests lean toward the founding and early development of our region, yet he is also well versed in later events. Ann gravitated toward antebellum piedmont plantations; she studied extensively the letters and journals of those who lived on them. She mastered the workings of plantations, especially pertaining to cotton and slavery, all the while sharing and learning from others. Historians are a sharing group.

Ann fell in love with the English language as a child, and wished for a writing life, but could never quite find her way. Historic research opened the gate; at last she had something to say. Her literary career began with her book, Your Affectionate Daughter, Isabella. She co-edited and transcribed A Life in Antebellum Charlotte; the Private Journal of Sarah F. Davidson, 1837. Ann transcribed and edited The Rural Hill Farm Journals of Adam Brevard Davidson, 1834 – 1856. Together she and Jim wrote The Davidson Family of Rural Hill, North Carolina which was published by McFarland Books in February 2020.

Her proudest accomplishment was her novel, The Uncommon Bond of Julia and Rose. She drew from her body of research, then polished and crafted the words, characters, and stories to tell a tale of slavery as it was experienced by some who were there. She was satisfied with what she had done, and pleased beyond measure by many readers’ admiring words.

By then bladder cancer had intruded. It tiptoed in gingerly at first and over six years grew into a menacing force, but she continued to write. She finished Julia and Rose after the initial diagnosis, The Farm Journals after the cancer metastasized and The Davidson Family near the end. In her own words, “I have seen the ravages of cancer on loved ones, some of whom exhausted all possible therapies, grasped at wisps of slim hope, then died hideous deaths. I choose not to take that path. When the time comes that my treatments cease to provide benefit or comfort, I would like to slip gently away, and complete my life’s journey with grace. To Dr. Burgess and his staff at the Levine Cancer Institute, thank you for being plentiful with wisdom, understanding, and hugs. To my dear family, especially Jim, the most loving and caring soulmate any girl could wish for, and with apologies to the Bard: “Good night, sweet prince, to sleep, perchance to dream. My life has been deeply satisfying, and now I go in peace.”

To send flowers to the family or plant a tree in memory of Ann Williams, please visit Tribute Store
Sunday
23
February

Share Your Memory of
Ann
Upload Your Memory View All Memories
Be the first to upload a memory!
Share A Memory
Send Flowers