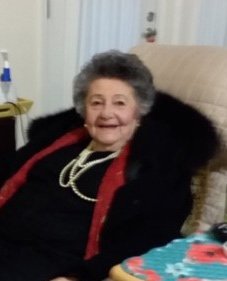 Maria Enriqueta Herrera Berkley, 96 passed away peacefully on December 21, 2019 in Charlotte, NC.  She was born in David in the Province of Chriqui located in Panama, Central America.  At the age of 22 she married Lieutenant Roy V. Boggs of the USAF of Seneca, SC at the Clemson Chapel.  She lived a vivacious life living in various states and countries.  She thoroughly enjoyed fashion and often served as a personal clothing consultant.  At the age of 72, after being widowed, she married Jerome Berkley of Aventura, Florida.  They enjoyed life together until Mr. Berkley’s death.

She is survived by her two daughters: Maria B. Petrea and Jane B. Ratliff both of Charlotte, a step-daughter, Jan Mitchel of Williams Island, Florida, three  sisters and a brother: Yolanda, Cecilia and Carolina Herrera of Panama City, Panama and Ruben Herrera who resides in Puerto Rico.

In lieu of flowers, the family is requesting that donations be made to:

Share Your Memory of
Maria
Upload Your Memory View All Memories
Be the first to upload a memory!