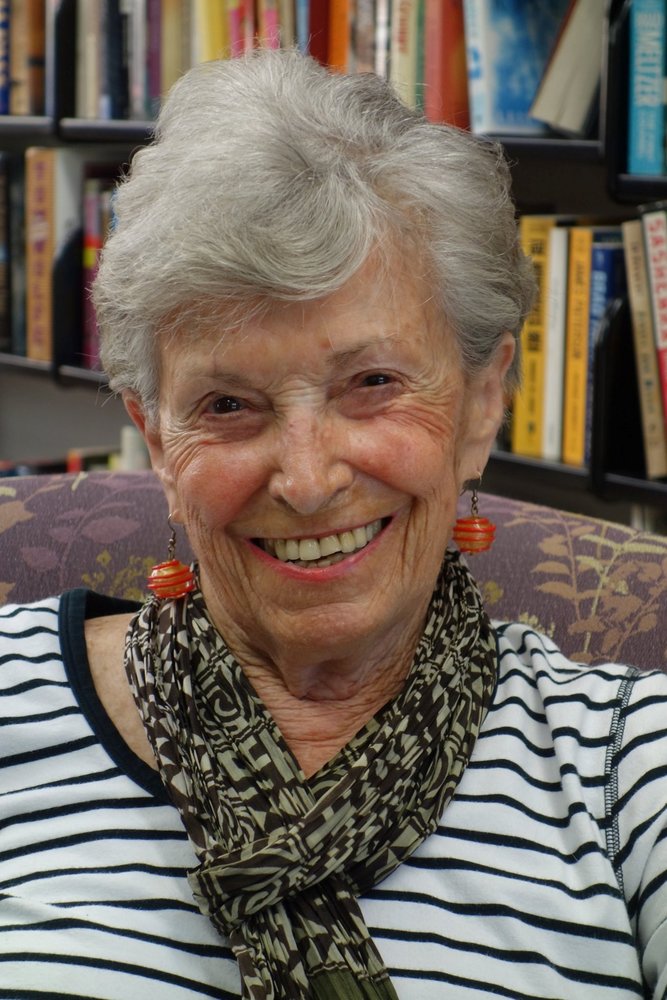 Born in Vienna, Austria, daughter of Simon and Friedl Eckstein, Dr. Spatz spent her childhood enjoying theater, opera and dance, as well as the study of history and languages. The German Third Reich and the eventual outbreak of WWII interrupted her life, sending her first to the Theresienstadt ghetto and eventually to the Auschwitz-Birkenau death camp. She survived not only the camps, but also the horrific Death March back to Germany as the war was ending. After liberation by the Allies and eventually reuniting with her father, she married Bernard Fishman, an American serviceman, arriving in the United States in 1946. She later earned her Ph.D. from the University of Kansas and in 1972 began teaching German language and literature at UNC Charlotte until her retirement in 1992. She was instrumental in the creation of the Holocaust Studies programs at UNC Charlotte and continued to write and lecture locally, nationally, and internationally on the subject as recently as 2018.

Dr. Spatz was also an accomplished actress who performed in many amateur productions throughout her life. Her memoir, Protective Custody: Prisoner 34042, was published in 2005; it has been the basis of a documentary film, and the inspiration for a theatrical production.

In lieu of flowers, the family respectfully requests that donations be made in her memory to either:

A fund established to sustain German Studies 3650: The Holocaust through German Literature and Film, a seminar Dr. Spatz created and taught for decades. Please make any checks payable to UNC Charlotte, with the memo line indicating "Dr. Spatz / Holocaust Studies", and mail to UNC Charlotte University Advancement c/o Mark Colone, 9201 University Blvd., Charlotte, NC 28223. If you would like to make a gift online, please use this link: go.uncc.edu/Spatz or The Stan Greenspon Center for Peace and Social Justice at Queens University. Please contact Talia Goldman at (631) 745-7400 or goldmant@queens.edu.

To send flowers to the family or plant a tree in memory of Dr. Susan Cernyak-Spatz, please visit Tribute Store
Sunday
24
November

Share Your Memory of
Dr. Susan
Upload Your Memory View All Memories
Be the first to upload a memory!
Share A Memory
Send Flowers