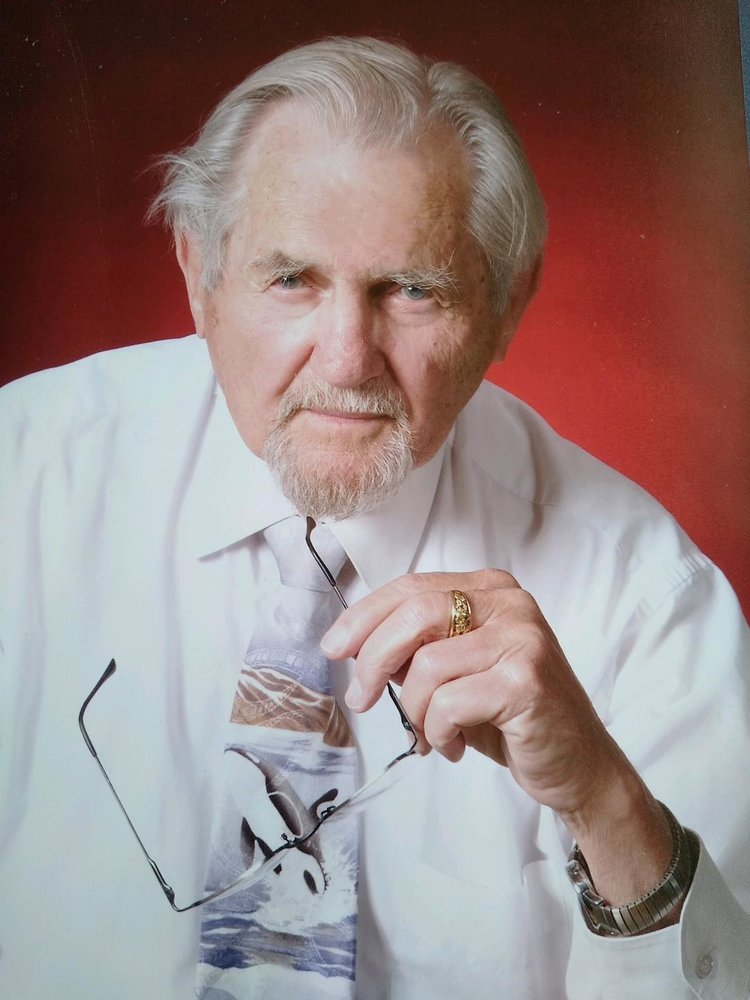 Jasper was born August 22, 1927.  He was preceded to Heaven by his wife, Jonnie (June 2000) and his son, Michael (May 2019) as well as his parents, one brother, one sister and multiple aunts and uncles.  He was looking forward to a joyous reunion in Heaven with these family members.  He has left on this earth his Daughter, Rebecca France and husband Terry of Gate City, Va.  As well as his son, Kenneth Bridges and his wife, Mary of Charlotte, N.C.  Known as” Grandpa” to many he has also left behind 5 grandchildren: Nicole Harris (husband Steve); Tanner France (wife Ashley); Clint Bridges (wife Mandy); Jacob Bridges and Hunter France.  Grandpa has also left behind pieces of his heart in his 5 Great Grandchildren; Alex, Maddie, Ethan, Bailey and Hazel.

Jasper spent the first several months of his life living on the campus of Wake Forest University.  He was considered the Mascot of many of his father’s classmates in the School of Divinity.  He spent some of his youth in Fayetteville, N.C. assisting his father on a farm until it was flooded.  The remainder of his childhood was spent in Cleveland County, N.C.

On December 7, 1941, the day that Pearl Harbor was attacked, Jasper was riding a horse in a field.  They did not get the news until later that evening.  It was then that Jasper decided he was going to join the Navy, he was 14 years old. Jasper kept this promise to himself and at the age of 17, with his mother’s permission he signed up to join the U.S. Navy.  During his 3 years serving in the Navy, Jasper traveled the World, saved a shipmates life, dated beautiful foreign women, went to an Italian Opera, toyed with large sharks and gave the ships cook a hard time!

Upon his Honorable discharge from the Navy he decided to use his G.I. Bill to attend Barber College in Winston-Salem, N.C.  In the beginning of his career as a Barber he worked at a recruiting center shaving the head of every recruit that sat in his chair.   Due to the monotony of this he decided to try his hand as a Machinist. He found this to be terribly boring and decided to go back to Barbering, this time in a shop.  Jasper has cut thousands of heads of air in his career that spanned 68 years.

Jasper’s true love was Jonnie.  The first time he ever laid eyes on her, she was playing Peter Pan in a school play.  Although they grew up knowing of each other it was only years later when their paths crossed as adults at a Halloween party that she gained his full attention.    Jasper left his date standing alone as he left the party with the bewitching Jonnie, as she was dressed as a Witch and had cast a spell on him.  They were Married on Valentine’s Day, February 14, 1952 at Sandy Run Baptist Church in Cleveland County, N.C.   His heart was broken when she suddenly past in June 2000. He never considered that after her passing he should not continue to county their years of marriage on the anniversary.  In 2019 Jasper celebrated 67 years of marriage to the lovely Jonnie Rae.

After retiring from being a Barber in December 2013 he decided to move to Gate City, Va. In March 2015 to be closer to his son Michael who was residing in a nursing home in Virginia.  Jasper was saddened to see his son suffering from the Brain Anoxia brought on by surgery while in the Navy, however he always stated he was Blessed to be able to spend so much time with Michael until his passing May 2019.

While residing in Gate City Virginia, Jasper met and made so many wonderful friends at First Baptist Church of Gate City.  Jasper had hopes to move back into a Retirement facility in Charlotte N.C. unfortunately he fell and broke his neck on June 2, 2019.  This fall along with Congestive Heart failure and a tiny undiagnosed gastric bleed, led to his moving to Heaven instead.  A week before his move, he told Becky “It’s not hard to go when you know where you are going”.

Flowers may be sent to the Funeral home.

To send flowers to the family or plant a tree in memory of Jasper Bridges, please visit Tribute Store
Monday
19
August

Share Your Memory of
Jasper
Upload Your Memory View All Memories
Be the first to upload a memory!
Share A Memory
Send Flowers