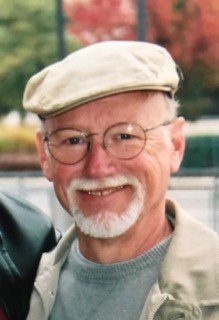 Harry Louis Venker died at the Atrium Health Hospital in Pineville, NC on June 10, 2019. He was 81 years old.

Harry was born March 17,1938 to the late Harry Bernard Venker and Viola Pfefferkorn Venker, in St. Louis, MO.  He attended Bishop DuBourg High School then graduated from Washington University where he majored in accounting.

During his early life, family and friends called Harry “Bud”. He was a bag boy and ‘soda jerk’ at a grocery store where he earned his college tuition. After serving in the Army Reserves, Harry married his first wife, Joy Kenyon Venker, on November 25, 1961. They had a girl and a boy, Stacey and Adam, in 1964 and 1966, respectively.

Harry enjoyed a successful corporate career which began as a financial advisor for the Mercantile Trust Company.  Later, he became an internal auditor at Wagner Electric where he rose to the office of Corporate Controller. While working for Wagner, Harry and his family were transferred to Basking Ridge, New Jersey in 1976.  He attended Stanford University’s Executive Education Intensive in 1978 and continued to rise.  Harry became the Chief Financial Officer of Worthington Pump, then President of the North and South American regions. Harry concluded his professional life in Paris, a city he loved, as President of Worthington Pump’s European region for Dresser Industries.

1992 marked a new beginning in Harry’s life. He moved to Chapel Hill, NC in pursuit of the quiet life of a southern gentleman. Harry met and married his second wife, Susan Elizabeth Venker. Over the next 25 years, Harry and Susan created a warm and inviting home and a loving, deeply loyal relationship. Their life together was further enriched by moving closer to the Charlotte area where they became wonderful and engaged grandparents.

Afternoon tea, cooking, fine dining, listening to jazz and the taste of good scotch were the simple, refined pleasures Harry enjoyed until the end.  He was meticulous in his dress and manners. His closet’s organization, a thing of beauty. Harry loved reading historical fiction, history and traveling to civil war battle fields.  He collected ceramic bears, looked forward to exercising and connecting with his YMCA friends and, most certainly, enjoyed a lively political discussion; his intelligence, integrity and fair-mindedness always on display. Harry enjoyed spending time with his grandchildren and fondly recalled visits to the zoo when they were younger.

In addition to his parents, he is predeceased by his brother Martin Venker in 2012

A memorial service celebrating Harry’s life will be held in early September.

In lieu of flowers, memorials may be made in his memory to the American Heart Association.

To send flowers to the family or plant a tree in memory of Harry Venker, please visit Tribute Store

Share Your Memory of
Harry
Upload Your Memory View All Memories
Be the first to upload a memory!
Share A Memory
Send Flowers