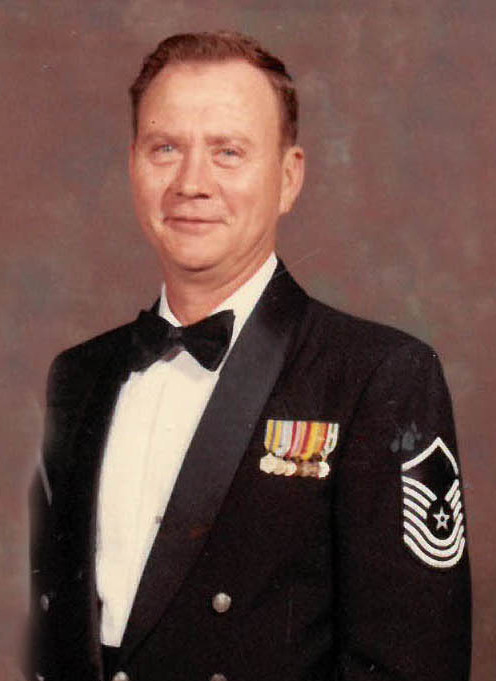 Garnett was a member of the United States Air Force, retiring in 1988 with the rank of Senior Master Sargent.  During his time in the military, he served as an aircraft propeller specialist on several aircrafts, having the opportunity to serve in the United States and abroad in countries including Korea, Vietnam, Germany, and France.

In his days of retirement, Garnett enjoyed tending to his vegetable garden and blessing their neighbors and friends with the harvest. Neighbors will always remember him riding in his golf cart with Pooh Bear, the “General”, around the block socializing. Garnett and Rachel enjoyed spending their time with lifelong friends and having monthly luncheons spent reminiscing.

The Wilson family is grateful for the support, kind words, and wonderful memories that have been shared during this difficult time.

“Have I not commanded you? Be strong and courageous. Do not be afraid; do not be discouraged, for the Lord your God will be with you wherever you go.” Joshua 1:9.

To send flowers to the family or plant a tree in memory of Garnett Wilson, Jr., please visit Tribute Store
Print
Wednesday
1
May