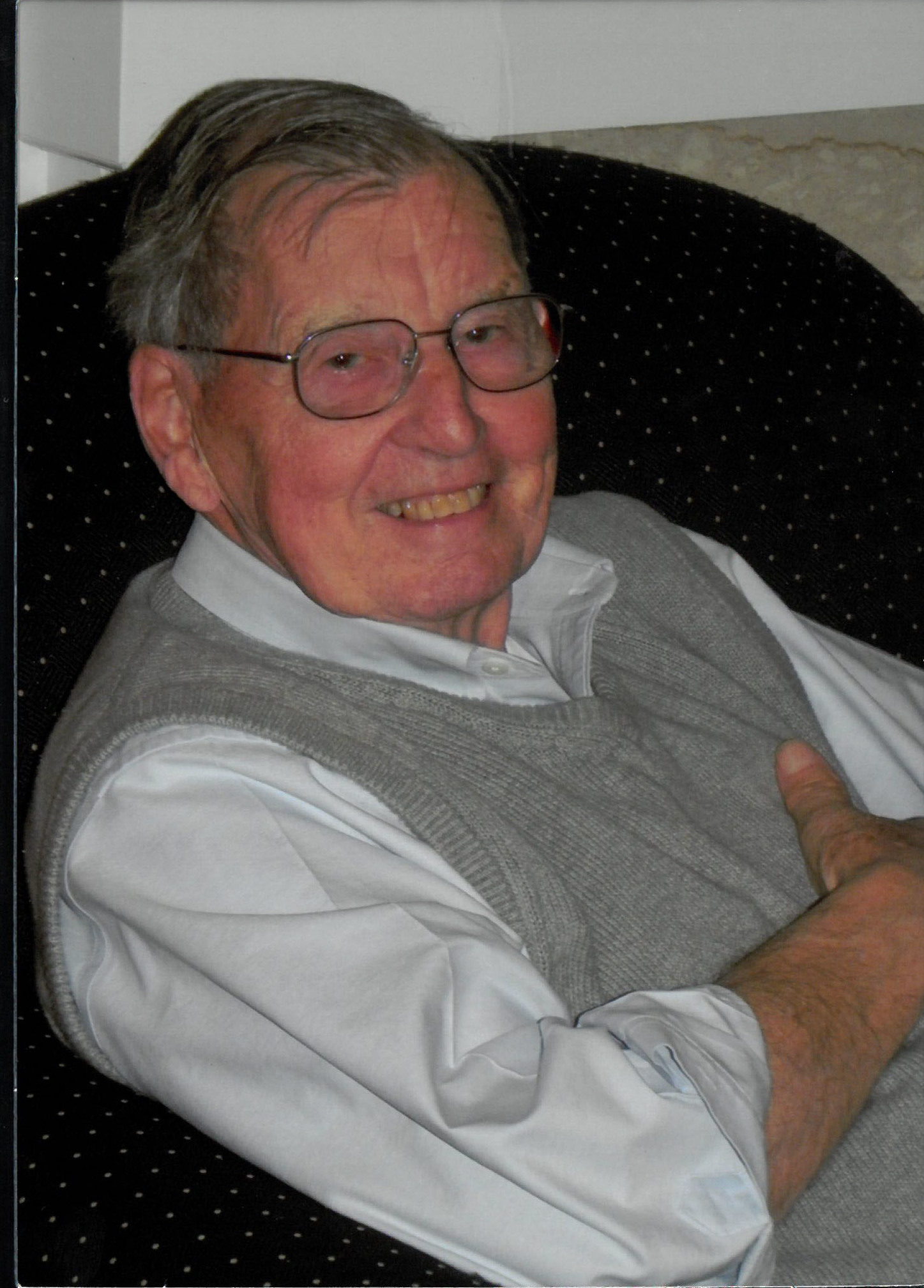 Richard Peckham Lake (Dick), 93, of Matthews, NC died on April 24, 2019.  Richard was born on February 20, 1926 in Fall River, Mass. and grew up in Adamsville R.I.  He was the middle son of Clement W. and Helen (Peckham) Lake Borden. After his father’s early death when Richard was 10, he began working odd jobs, including caddying at a nearby coastal golf course, where he developed a lifetime love of golf. Richard excelled in many sports, especially golf and baseball but also played ice hockey and basketball, most recently he was an avid bowler and pool player. He also loved music, and played clarinet both in the school marching band and in a small dance band, in his high school days.  He especially loved both patriotic and big band music. Richard was a wonderful dancer, which is how he met his wife of 66 ½ years, Simonne (Meurin) Lake in 1949. He joined the U.S.  Air Force after his HS graduation in 1944 and was training as a bombarder when WWII ended.  Returning to his RI home after the war, he began attending the New Bedford Textile Institute in 1948 on the GI bill.  After obtaining a degree in textile engineering in 1952 and marrying Simonne in October of that year, he worked a variety of jobs. Eventually he began working for FM Global and was transferred to Charlotte, NC in 1967 with his wife and four daughters.  Dick and Simonne lived in Charlotte for most of his remaining years and the couple moved to Windsor Run Retirement Community in Matthews in June of 2018.

Richard cherished his family.  He is survived by the love of his life, Simonne; his daughters Suzanne Lake, Patti Deese and Debbie Michael Carroll; his sons-in-law Scott Wilkerson, Bennie Deese, and Mike Carroll; his grandchildren and great-grandchildren

He was predeceased by his beloved daughter Sarah Wilkerson and his two brothers Robert P. and Clement W. Lake, Jr.

Richard was beloved by all who knew him, a reserved, strong intelligent man who was also full of fun and jokes. He sought and found the good in everyone he met, and was known for his kindness, reliability, and patience.

Memorial Service will be held at the Unitarian Universalist Church of Charlotte, 234 N. Sharon Amity Road, Charlotte, NC 28211 at 11:00 AM, May 11, 2019. Richard believed strongly in helping those in need and donations to the local charity of your choice in his name are encouraged, in lieu of flowers.