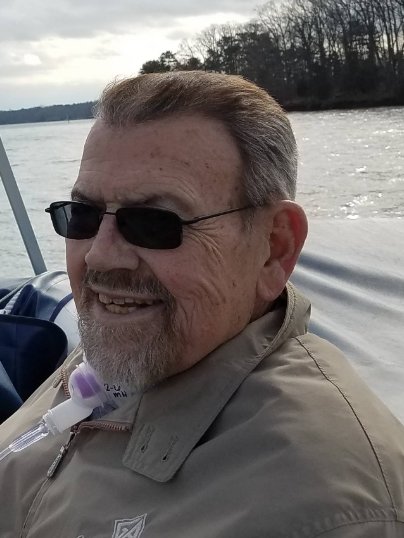 John (Jack) Harry Hawes passed peacefully on March 7, 2019 after a life well-lived. He was born in Chicago Heights, IL, to Harry Burton Hawes and Jane Ann Houran Hawes.  Jack was raised in Danville, IL and was an Eagle Scout; he graduated from Schlarman HS in 1959. Returning to Chicago, he graduated from Northwestern University in 1963. Jack served his country in the US Army from 1967-69. He was an entrepreneur, salesman, and real estate investor. Having spent time in DC, TX, IN, and 25 years in Louisville, KY, he finally found his home in Charlotte, NC. He retired as owner of Glasgow-Bridges Box Co. in 2005.

Jack was a member of St. Mark Catholic Church, Huntersville, a Kentucky Colonel, an American Legion member, and an occasional contributor to this paper’s Observer Forum. Best known for his warm smile, distinctive broadcasting voice, lifelong love of boating and entertaining, he was blessed to spend his final years living on Lake Norman enjoying the water and hosting his many friends.

In addition to his parents, Jack was preceded in death by his eldest daughter, Catherine N. Hawes, and eldest granddaughter, Stephanie Catherine Sherry. He is survived by his daughter, Jo Anne (David) Sherry, his son, Hardin H. (Jamie) Hawes, brother, Hardin William (Marilyn) Hawes, his niece, Elizabeth Hawes (Jason) Ng, his nephew, John Hardin (Meghaan) Hawes, his grandchildren, Eleanor M. Starr, Catherine Clarke Hawes, Hardin Jamison Hawes, and best friend, Jennievee Holbrook, and Ron Hewett. Jack’s family will be forever thankful for the many caregivers who aided in providing for his comfort and joy these past few years.

There will be a celebration of life gathering on Sunday, 3/10/2019 at his lake condo from 1PM to 3PM.  Please see www.legacy.com for more information. In lieu of flowers, please consider donating to Habitat Charlotte. A Mass and interment will be held in Danville, IL at a later date and time.