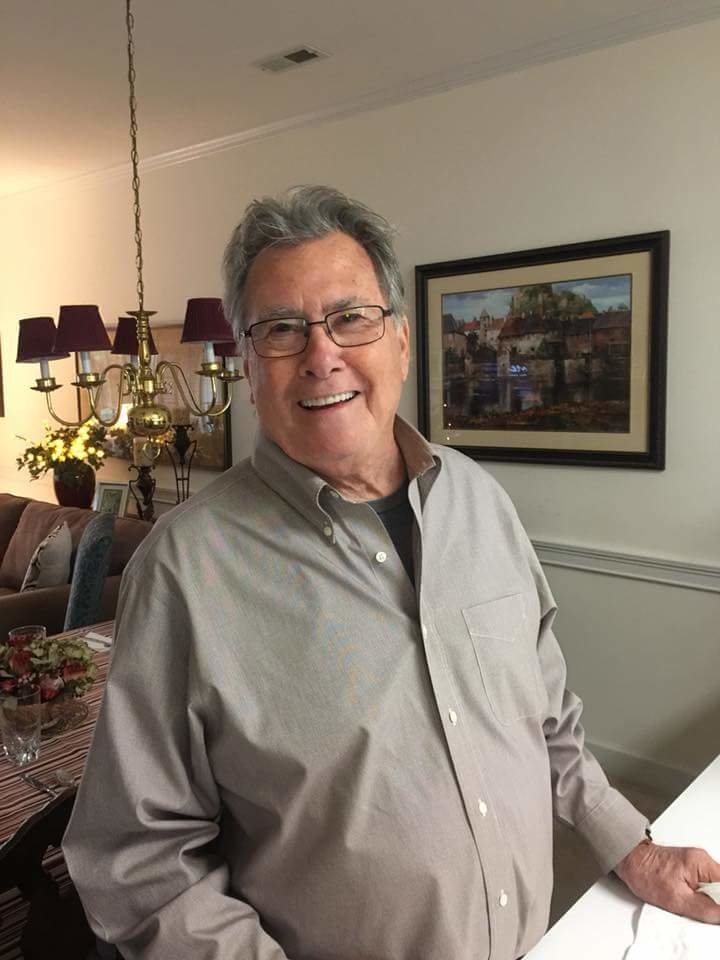 Richard (Dick) Seugling, 84, of Charlotte, died July 28th, at Brighton Gardens where he resided briefly. He was born December 24, 1933 in Patterson, NJ to the late Laura and Earl Seugling Sr.  Dick grew up in Little Falls, NJ, graduating from Passaic Valley High School, later obtaining his bachelor's degree in Engineering from Fairleigh Dickinson University on the GI Bill.   Dick proudly served his country during the Korean War as a member of the United States Navy, aboard the U.S.S Hancock.  After an honorable discharge, Dick returned home to finish his degree and begin his working career in the family appliance business, eventually purchasing it in 1972.  While attending a local Jaycee function in the late 1960s, Dick crossed paths with his future wife, Marlene Dzama.  They later married and raised 4 children in Little Falls, before moving to Charlotte in 1992 to be closer to their son, John, who was attending UNC-Charlotte.  Upon relocating, Dick worked until 2007, closing out his career as a building safety inspector.

Dick was a man of Christian-faith, who never knew a stranger, and was always active in the community.  He was a member of the Little Falls Jaycees, Korean War Veterans Association, and volunteer of the Queens Cup Steeplechase of Charlotte and Meals-on-Wheels.  Dick enjoyed his time exercising with the Silver Sneakers of Harrisburg and working around the house on many projects.  Dick was the consummate DIYer, an avid New York Giants fan, loved all types of music genres, and enjoyed a good cocktail with friends and family.

Share Your Memory of
Richard
Upload Your Memory View All Memories
Be the first to upload a memory!