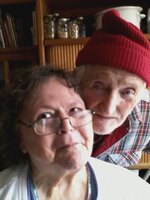 Mary married the love of her life, Frank Steven DeGraw Jr., in 1962. They resided  in Denville, NJ where they had two children. In 1976, the family left New Jersey and settled in rural Cleveland County (Shelby) NC. In later years, Mary and Frank enjoyed volunteering together. They delivered meals for Meals on Wheels and assisted at The Life Enrichment Center in Shelby. On September 1st of 2018, Frank and Mary celebrated 56 years of marriage. While Mary served her community, her greatest joy was being a mother to her two children.

Mary is survived by her loving children: Elaine DeGraw Ayala and her husband, Thomas Ayala, and Steven DeGraw and his wife, Felicia DeGraw; two grandchildren: Alex Ayala and Lindsey Ayala; along with numerous nieces and nephews.

In addition to her parents, Mary was preceded in death by her husband of 56 years, Frank Steven DeGraw Jr.; brother, Thomas Webster, and sister-in-law, Violet Webster.

A memorial graveside service will be held at 2:00PM Monday, March 28, 2022 at Salisbury National Cemetery where she will be laid to rest with her husband.

In lieu of flowers, the family suggests donations to the Parkinson Association of the Carolinas, www.parkinsonassociation.org or Light of Christ United Methodist Church, www.locumc.org.