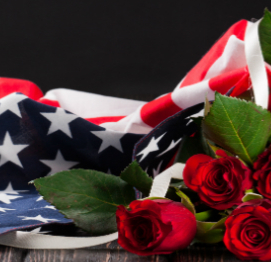 Gary Edward Hedrick passed away at home on November 13, 2021, after a long and courageous battle with neuroendocrine cancer. He was born October 20, 1949, in Beckley, West Virginia, the son of the late Lawrence Edward Hedrick and Beulah Allen Hedrick. When Gary was seven, his family moved to Jacksonville, Florida where he lived until leaving for college in Virginia. After serving in the U.S. Navy, Gary returned to Virginia where he met Margaret Simms, a Sedley farmgirl. They married in 1975. Since moving to Charlotte in 1979, they have called North Carolina home. Gary was a 1967 graduate of Nathan Bedford Forrest Senior High School in Jacksonville. He was a Navy veteran from the Vietnam era. He graduated from the University of Virginia with a BS in Nuclear Engineering and from Queens University with an MBA. He was a licensed Professional Engineer in North and South Carolina. From the time he attended nuclear power school in the Navy until he retired from AREVA in 2016, he worked in the nuclear industry. He was a member of the American Nuclear Society and the American Society of Mechanical Engineers. At an early age, Gary professed his love for Christ, was baptized and joined Blanding Boulevard Baptist Church. Years later, after he married, he became a member of the Methodist church. In 2012, Gary and Margaret joined Harrison United Methodist Church in Pineville and became members of the Discussion Class. In addition to his wife, Gary is survived by sons Eric Hedrick (Cathrena) and Nate Hedrick (Amanda), and his granddaughter Rhea Hedrick. He is also survived by three sisters Dorothy Letien, Patty Miller, and Penny Quattlebaum. Rhea frequently asked Papa to tell her stories about when he was young. Some of his fondest memories were from the years he lived on Blackthorn Road in Jacksonville, and he enjoyed sharing those memories with her…hours spent along the creek behind his house, trips to the root beer stand, serving as a School Boy Patrol, square dancing (yes, you read that right), and his love for the family dog Wendy and cat Scruffy. The Hedrick family is grateful for the years of loving care provided by Dr. J. Stuart Salmon and Patty Vanderplow with Levine Cancer Institute and for the compassionate care and support provided by Harding Cranford with Hospice and Palliative Care of the Charlotte Region. A memorial service will be held at a later date. Remembrances may be made in the form of an act of love and kindness to someone in need of a blessing. In lieu of flowers, memorial donations may be given in Gary’s memory to Harrison United Methodist Church, 15008 Lancaster Hwy, Pineville, NC 28134, or Hospice and Palliative Care of the Charlotte Region, P.O. Box 470408, Charlotte, NC 28247.