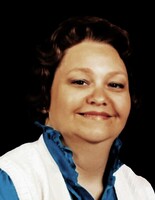 Phyllis Irene Bryant, 73, of Statesville, went to be with the Lord on November 8, 2021. Born February 22, 1948, in Moultrie, GA, she was the daughter of the late Clifford and Odell Kinnard Moncrief. She enjoyed crocheting and being with her family. She is survived by her daughter, Stephanie Shaw Strange and her husband, George of Statesville; two granddaughters, Courtney Fisher and her husband, Cody of Mooresville, and Hayley White and her husband, John of Statesville; three great-granddaughters, Emma-Lou, Evalynn, and Naomi White of Statesville; and a great-grandson, Atom Fisher of Mooresville; and several nieces and nephews. In addition to her parents, Phyllis was preceded in death by two brothers, Donald Moncrief and Ronnie Moncrief. A memorial service will be held on Thursday, November 18th at 6:00 p.m. at Calvary Baptist Church, 504 Whites Mill Road, Statesville with Dr. Chris Haizlip officiating. Those desiring may make memorial contributions to Calvary Baptist Church. Please share a memory with the family on the Tribute Wall.