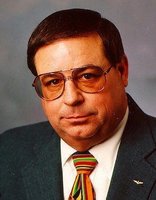 Edward Emil Ehrlich “Tripol’e”, 74, died February 6, 2020, in Charlotte, NC. Edward was born in Hilo, Hawaii on August 11, 1945. His family moved to the mainland in the 1950s where they lived in Indiana, California, and Oregon. He graduated in 1963 from Springfield High School in Springfield, Oregon, where he developed his photographic skills as yearbook photographer, and played French horn in the band (later using this skill in Naval bands). He graduated from the University of Oregon in 1967 with a Bachelor of Science degree from the School of Journalism, with an emphasis in graphic communications. While in college, he was a professional photographer for the local newspaper and aggressively participated in local sports car club events. From 1968-1972, Edward was in the US Navy as a fighter pilot, operating off aircraft carriers and from airports in the South Pacific, including Vietnam, where he received a Meritorious Unit Commendation and Vietnam Service Medal. After his 18 months at Naha Air Base in Okinawa, he was transferred to Pensacola, Florida, as a Functional Test Pilot. After leaving the Navy, he was a professional photographer in the Southeast. There in North Carolina, he met the love of his life and future wife, Sandra Mabe. Shortly after their wedding, he began a new career as a Radar Air Traffic Control Specialist with the FAA. After his daughter, Beth, was born, they moved from Florida to North Carolina where he became successful in sales and industrial design, lastly working at All Seasons Window & Door Company, Inc. doing all of their commercial canopy work until his retirement in 2016. Edward loved lions and his Lexuses and telling stories of a life full of experiences he truly enjoyed until he lost his wife and best friend on February 12, 2010. He was a proud Oregon Duck and incredibly proud of his years as a Naval Aviator, but in 2012, became a proud grandfather, as well.